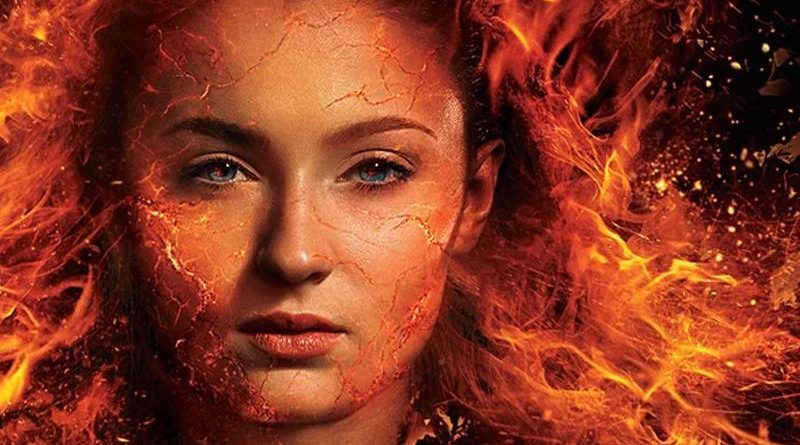 The 19-yea-old, 12-segment “X-Man” franchise comes to a substandard halt with this saga of Jean Grey (Sophie Turner, who was Sansa Stark on “Game of Thrones”)…a.k.a. The Phoenix, who made a brief initial appearance in “X-Men Apocalypse” (2016).

Apparently, exposure to a solar flare has now increased Jean’s already amazing psychic skills, almost driving her crazy and turning her into one of most destructive mutants. Inevitably, that moves Jean’s once-simmering romance with Cyclops/Scott Summers (Tye Sheridan) onto a back-burner.

Enter a shape-shifting alien entity named Vuk (Jessica Chastain) who begins twisting Jean’s mind by asking, ”Are you a scared little girl who answers to the man in the chair, or are you the most powerful being on the planet?”

That leads to …“You’re stronger than you know. You’re special!” Their encounter inevitably leads to disaster, causing surly, brooding Magneto (Michael Fassbender) to resurface in his remote, rural commune.

Here in one scene and gone in another are Hank/Beast (Nicholas Hoult), Nightcrawler (Kobi Smit-McPhee), Quicksilver (Evan Peters) and Storm (Alexandra Shipp).

Eventually, empowered Raven/Mystique (Jennifer Lawrence) notes that the X-Men should become the X-Women because “The women are always saving the men around here.”

Melodramatically scripted by producer Simon Kinsberg, who is making his directorial debut, it was made on a reportedly whopping $200 million budget before Fox was acquired by Disney, which owns Marvel.

The line of dialogue – “You’re always sorry and there’s always a speech, but nobody cares anymore” – pretty well sums up the entire enterprise.

On the Granger Movie Gauge of 1 to 10, “Dark Phoenix” is a fizzling 5, causing the iconic, stand-alone series to crash-and-burn. Will the heroic mutants now join the Marvel Cinematic Universe? Who knows? Who cares?