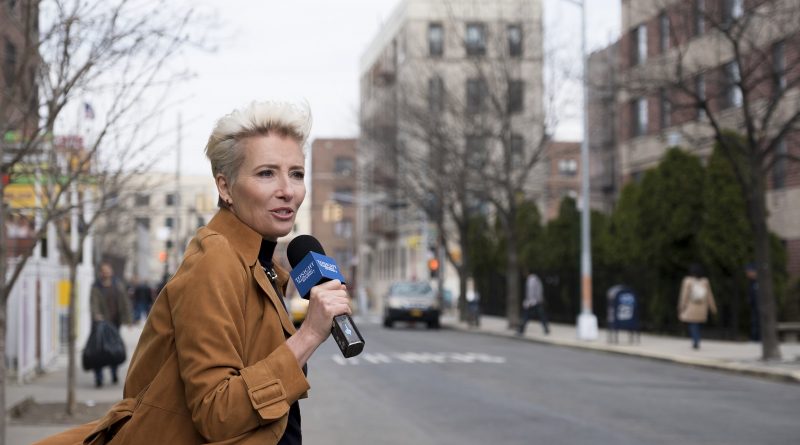 Watching Emma Thompson get to be funny is a personal favorite of mine, and the two-time Oscar winner forms a delightful comedy duo with six-time Emmy nominee Mindy Kaling in “Late Night.”

Written by Kaling and directed by Nisha Ganatra, the Sundance Film Festival favorite offers astute and uproarious insights into what it’s like to be a woman in a competitive, male-dominated workplace without getting too preachy or shrill.

Thompson plays Katherine Newberry, a British comic who has spent nearly three decades as the only female late-night talk-show host on American television (talk about your summer movie fantasies). Although she has sacrificed plenty to become an award-winning entertainment icon, Katherine has become stubbornly complacent and snobbishly behind the times over the years. When the sharp new head of her network (Oscar nominee Amy Ryan) reveals her plans to replace Katherine with a crass bro comedian (Ike Barinholtz), the Brit takes the drastic step of actually entering the writers room and discovers that her show only employs white men.

Katherine orders her harried right-hand man (Dennis O’Hare) to hire a woman writer immediately, so when Molly Patel (Kaling), a chemical plant quality controller and wannabe comedian who has cleverly juked the corporate system to secure an unlikely interview, walks in, he decides to take a chance on her. Although she has raw talent and an eagerness to help, Molly has no TV experience, no clue how to deal with the prickly star she idolizes and no shortage of blowback from the show’s other writers, who initially dismiss her as just a diversity hire. Still, Molly manages to win over the doubters with her hard work, plucky determination and innovative ideas.

“Late Night” has plenty to say – in a blessedly hilarious way – about inclusion, ageism, feminism and workplace dysfunction, and that helps compensate for some sluggish pacing. It’s a thrill to see a movie that not only boasts multiple dynamic, complex, lifelike female characters and but also allows all the characters to evolve in a realistic, satisfying way.