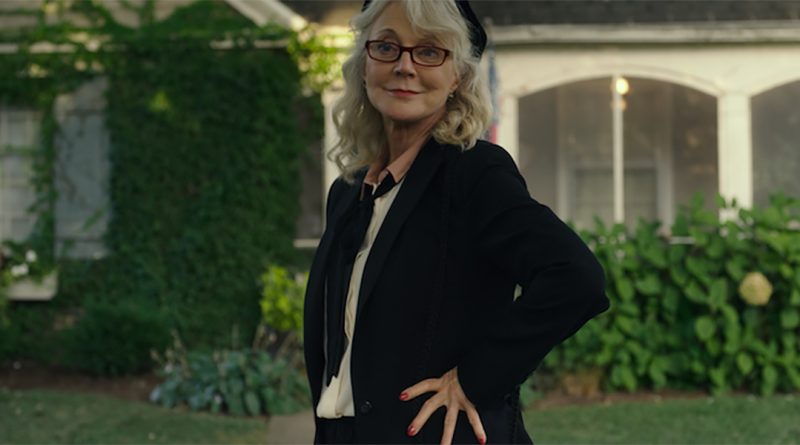 Retired Ed Hemsler (John Lithgow) believes every conspiracy theory and/or doomsday prophecy he hears or reads. Determined to be prepared for the inevitable apocalypse, he buys enough food and emergency supplies to survive a disaster for an indeterminate length of time.

One day, while stocking up on canned goods in the supermarket, he spies Ronnie Meisner (Blythe Danner) in the checkout line, paying for her groceries in cash, instead of using credit card. Thinking she might be a fellow survivalist, he’s eager to make her acquaintance.

Eventually, he manages to start a conversation in the parking lot. Then they meet for coffee. He’s “on the wrong side of 60,” divorced for many years, with a grown son, Brian (Derek Cecil), who has a family of his own and doesn’t visit often. She’s a lonely widow whose daughter recently died. And they’re both partial to the ‘70s pop song “Muskrat Love” by Captain & Tennille.

Obviously, they’re kindred spirits, so one thing leads to another, although their TV-viewing habits are vastly different. Ed watches a cable TV news program in which the anchorwoman always seems to conclude the broadcast by talking directly to him, while Ronnie is devoted to W.W.II documentaries. Another difference: he’s a meticulous neatnik, while she’s a compulsive hoarder.

Noble Jones’s quirky dramedy builds slowly, perhaps too slowly for some, building to a surprising conclusion. Too bad he didn’t devote more time to backstory and character development, because both John Lithgow and Blythe Danner are veterans at the top of their game, making the most of their superficially-scripted roles.

On the Granger Movie Gauge of 1 to 10, “The Tomorrow Man” is an idiosyncratic 7, aimed at an AARP audience.