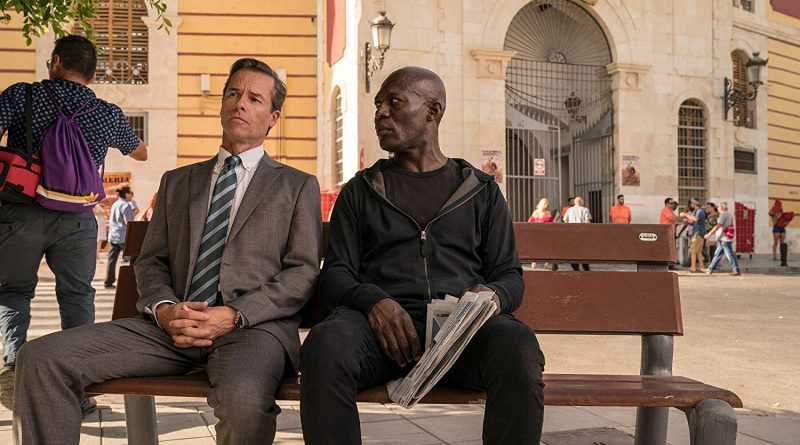 It’s difficult to review when a director basically disowns his film. Yet that’s what happened when Brian De Palma complained that his newest project was “underfunded” and recalled that shooting it was a “horrible experience,” adding, “It was my first experience in Denmark and most likely my last.”

Set in Denmark, the Netherlands, Belgium, Spain and Sardinia, it’s a violent counterterrorism thriller, revolving around a Copenhagen cop tracking a killer who is tied to ISIS.

When Christian (Nikolaj Coster-Waldau, who played Jamie Lannister on Game of Thrones) leaves his girlfriend to report to work, he accidentally leaves his service pistol behind in his apartment. Because he’s unarmed, his partner/pal Lars (Soren Malling) is killed, and Christian is suspended from the police force.

Nevertheless, he is determined to capture Ezra Tarzi (Eriq Ebourney), a Libyan immigrant who fled a crime scene, leaving behind the corpse of a collaborator, the grocer who connected jihadists and weapons dealers.

What Christian and fellow detective Alex (Carice van Houton, who played witchy Melisandre on Game of Thrones), who was having an affair with Lars, don’t realize is that Tarzi’s children are being held hostage by the ISIS leader – and Tarzi is being protected by duplicitious American C.I.A. agent Joe Martin (Guy Pearce), who is really after a sheikh who was released from Guantanamo.

Bearing little resemblance to Brian DePalma’s previous works, like Mission Impossible, The Untouchables, Carrie and Scarface, on the Granger Movie Gauge of 1 to 10, Domino is a dull, disappointing 3 – undoubtedly the worst in De Palma’s distinguished filmography.