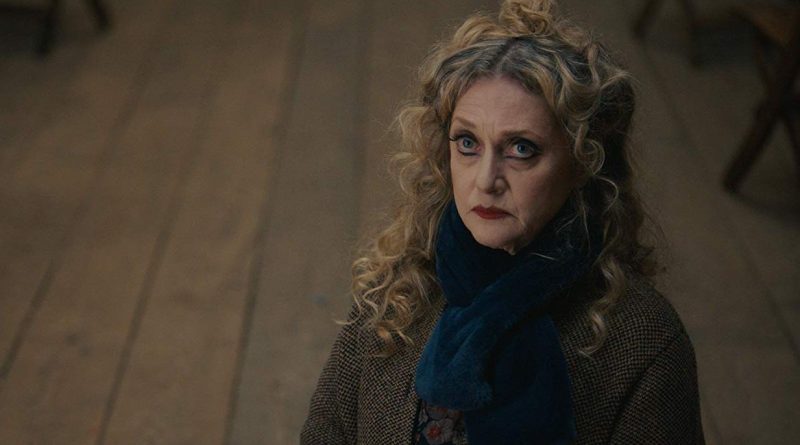 Any film that mines laughs and comic frights from a backstage theater story, not to mention one that stars Cary Elwes and Carol Kane, together onscreen for the first time since The Princess Bride, may already have you at “hello.”

Ghost Light opens with a dusty Shakespearean troupe landing in the bucolic Berkshires of Massachusetts where they rehearse and perform “Macbeth” in an old, creaky barn. The summer stock setting (the film was shot in Groton and Concord, Mass.) is perfect for writer/director John Stimpson’s gentle skewering of theater types, from Kane’s Madeline, a delusional grand dame of the stage, to Elwes’s Alex, a hammy soap opera actor who is funding the company so he can star in the title role. Roger Bart of “The Producers” is the unflappable Henry Asquith, the show’s earnest director, who tries to keep his cast in line while staging a quality production.

There’s also Alex’s wife Liz (Shannyn Sossamon), who plays Lady Macbeth and who is having an affair with Thomas (Tom Riley), a serious actor who, though cast as Banquo, yearns to be the Scottish king. Thomas and Liz seemingly curse the production when they break the famous stage superstition and utter the play’s title out loud. The possible curse coincides with the arrival of Juliet (Danielle Campbell) who wanders into a rehearsal and gets cast as one of the three witches. Suddenly, all sorts of mayhem and mischief erupts, from things going bump in the night to backstage disasters on opening night including real blood spots on Lady Macbeth’s hands.

Ghost Light is assuredly directed by Stimpson, a New England based filmmaker whose many credits include the seriously spooky 2006 thriller The Legend of Lucy Keyes. The able cast has fun with theater conventions, some of the Bard’s most eloquent speeches, and the self-importance of this ragtag but sincere troupe. The lively finale delivers a satisfying twist that honors both theater tradition and haunted tale. You don’t have to be a theater nerd to like Ghost Light but stage aficionados are sure to find it welcome, lighthearted fun.