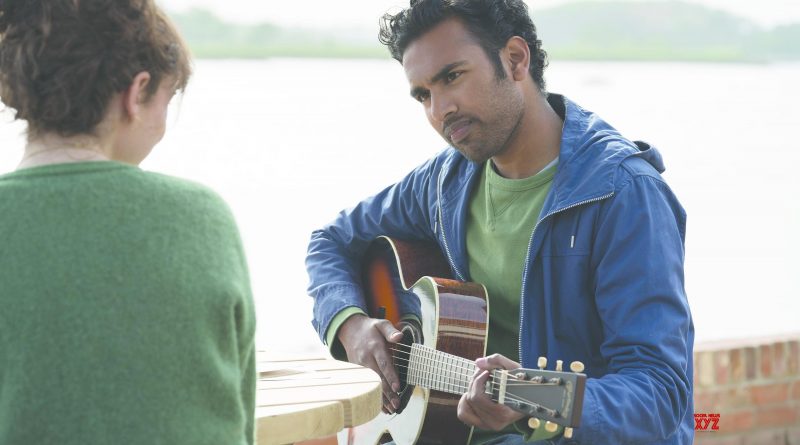 What would you do if you, as a struggling rock ‘n’ roll musician, woke up one day to realize that you’re the only person in the world who remembers the Beatles’ songs?

That’s the dilemma facing Jack Malik (Himish Patel), whose lack of success is very discouraging. His biggest fan is his devoted road manager/best-friend Ellie (Lily James), who’s obviously in love with him.

One night, just as Jack has decided to quit, there’s a mysterious 12-second global blackout. In the darkness, Jack’s bike is hit by a bus, landing him in the hospital.

When he recovers, his friends give him a new guitar, so Jack starts strumming “Yesterday.” His astonished pals act as if they’ve never heard that song before. Which, as it turns out, they haven’t. No one has ever beard of the Beatles! Google only comes up with images of bugs!

So Jack immediately starts trying to remember the Lennon-McCartney catalog, chagrined that the lyrics to “Eleanor Rigby” and “Penny Lane” are so elusive. When he’s able to get some tunes recorded, Jack catches the attention of Ed Sheeran (himself!), who invites him to go on tour as his protégé/opening act.

Enter Debra (SNL’s Kate McKinnon), a ruthless Los Angeles music agent, who vows to make Jack a pop icon. But at what cost? What about sweet schoolteacher Ellie? And, deep down, Jack’s afraid that he’ll be exposed as a fraud.

Too bad that the Jack/Ellie love story is the weakest element. Meera Syal and Sanjeev Bhaskar are charming as Jack’s proud, if puzzled parents, while Joel Fry plays Jack’s buffoonish best mate.

FYI: Since it appealed to their sense of humor, Paul McCartney and Ringo Starr gave full approval.

On the Granger Movie Gauge of 1 to 10, Yesterday is an engaging, enjoyable 8. “Let it Be.”