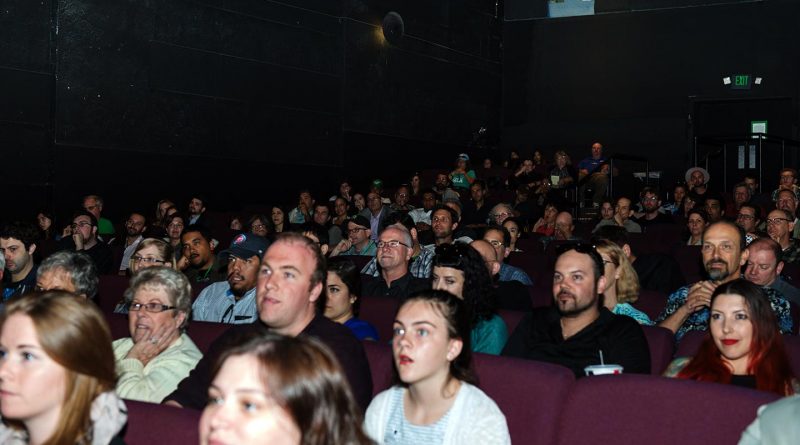 In this two-part Cinema Junkie podcast, Beth Accomando focuses on the female perspective in film by speaking with the director of programming at Etheria Film Night as well as the director of the new film Ophelia and the author who created the young adult book about seeing Shakespeare’s Hamlet” through the eyes of a young woman.

Founded in 2014, Etheria Film Night is a showcase of horror, science fiction, fantasy, action, thriller and dark comedy directed by women and for an audience that includes producers, managers, showrunners, distributors and genre fans.

Etheria says its goal is to put the women directors who want to make genre films and TV in front of the people who want to hire them. Etheria is hosted by American Cinematheque and takes place at its Egyptian Theater in Hollywood.

The one-night event offers a slate of short films plus a screening of Gigi Saul Guerrero’s feature film Culture Shock. If you miss the festival, you can still see the feature when it debuts on Hulu on July 4 as part of its Into the Dark original programming.

Most people are probably familiar with Shakespeare’s Hamlet or at least know something about its melancholy Dane who hesitates in avenging his father’s death. But the new film Ophelia reimagines the play from the point of view of Hamlet’s love interest, a young woman named Ophelia who commits suicide … or does she?

The film stars Daisy Ridley (of Star Wars fame) as the title character and was directed by Claire McCarthy. It was based on the young adult book of the same name by Lisa Klein. The film allows us to see Hamlet with new eyes, those of a smart young woman who bristles at the limitations society tries to place on her.

Listen to the full podcasts, parts one and two, on Cinema Junkie on KPBS.