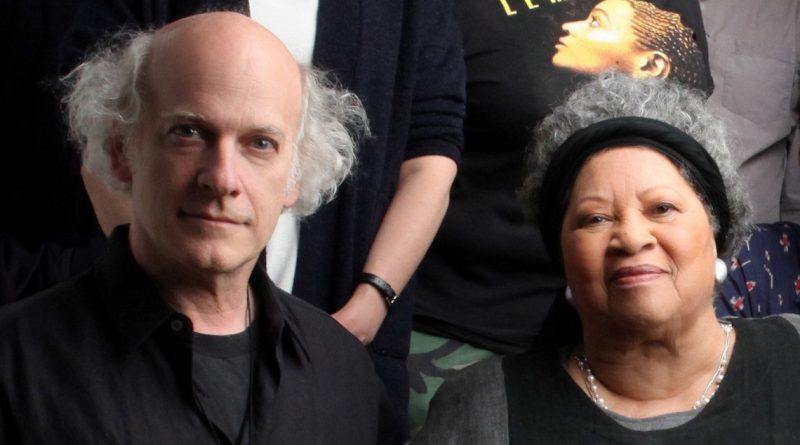 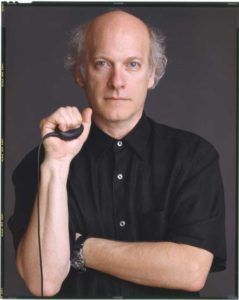 Toni Morrison: The Pieces I Am, selected as AWFJ’s Movie of the Week, is not the typical biographical overview; it is more a thoughtful examination of and by Morrison of her work and her era. In an interview, writer/director Timothy Greenfield-Sanders, whose long friendship with Morrison shines through the film, talked about why he likes to shoot people in front of blank backgrounds, the question he asked the interview subjects but could not answer himself, and how Morrison inspired his groundbreaking series that began with the three-part The Black List and continued with The Latino List, The Out List, and The Trans List. 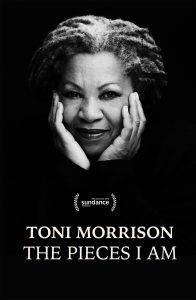 NELL MINOW: I loved the film and my favorite part is this very tantalizing glimpse we see of Morrison’s detailed diagrams and charts in her notes. That really illustrates a point made by her former boss and then editor Robert Gottlieb, who talks about how structured her work is.

TIMOTHY GREENFIELD-SANDERS: Of course Toni is renowned for her incredible imagination and effectiveness and yet it comes from a very, very structured mind. We show these extraordinary diagrams that are on yellow writing pads that kind of capture her process while she was writing Beloved.

MINOW: Why do you like to shoot people in front of blank backgrounds instead of showing them in their homes or offices?

GREENFIELD-SANDERS: The direct camera portrait is important in my photography, as well as my films. I would say my distinctive photography come to life. I started that look with the List films when I was doing The Black List, which was inspired by Toni. In this film I decided to only have Toni talking directly to camera and that the other interviewees would talk off camera in a kind of over the shoulder look because it would give you the feeling that Toni’s talking to you in a way that doesn’t diminish the others but it makes them secondary to her. 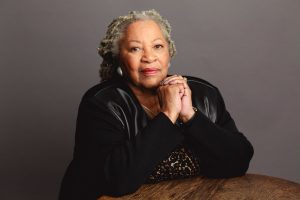 MINOW: But why the decision to take her out of any kind of a milieu that would help us to see her in her own setting?

GREENFIELD-SANDERS: Because I hate those. I just think it’s all about the environment that you’re looking at constantly – “Oh, look at that light on or what’s that on the wall,” and it pulls away from the person. The whole power of my portraiture is that it’s a single light so it’s a blank backdrop and it forces you to look at the person so you’re really focusing on his or her face and in this case what that person has to say as well. So I love the portrait style of it.

MINOW: It’s interesting that you combine those stark, powerful portraits with images that are more expressionistically related to the topic.

GREENFIELD-SANDERS: I have a degree in art history so I know a lot about art and I have photographed hundreds and hundreds of artists, I have 700 portraits of the art world in MOMA’s collection and Toni has art in the house. She has a Jacob Lawrence print on the wall that’s beautiful. I know how much she cares about art and I started to think about a way to bring other artists in because also they were so moved by her that she has such a big influence on African-American artists. The opening is by Mickalene Thomas, who I didn’t know and I called her up and I started explaining what it was and she just said. “I’m in.” It’s really more about giving you a feeling. How could you possibly find anything better than Jacob Lawrence’s migration paintings to illustrate that moment in the film when Toni is talking about her family leaving Alabama and going to Ohio? 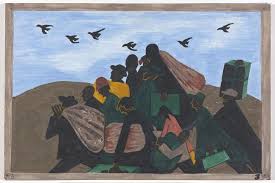 MINOW: I’m glad you mentioned Ohio because so many of the black authors we know come from the South or from cities. How did her background in that very diverse Midwestern milieu influence her perspective?

GREENFIELD-SANDERS: I think it’s a surprise to people because she’s so cosmopolitan, being Toni Morrison the Nobel Prize winner, but this is a girl who grew up in a little town, a kind of steel town as she describes it, a very, very poor, mixed, integrated city on Lake Erie. It was idyllic, charming in many ways it seems, but she was very involved in reading. I think she must have been clearly very extraordinary as a child because she’s told me how much her father had confidence in her but he always thought she was special and he made her feel that way. It’s nice when your parents support you emotionally. 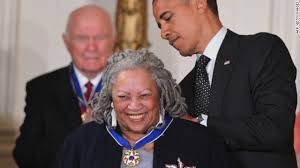 MINOW: Toni Morrison taps into a very mythic quality; you could almost hear her stories around a campfire. Where did that influence come from?

GREENFIELD-SANDERS: Toni is very, very, very well read. She talks about reading everything at the library. This is someone who has great, great understanding of Shakespeare and Homer and all of the great classics. Her master’s thesis was about Virginia Woolf and she has written about Faulkner, too. She understood all of that work and then was still able to kind of make something special that all heard. 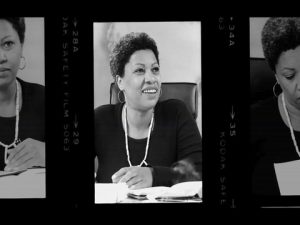 MINOW: Do you have a favorite of her books?

GREENFIELD-SANDERS: I don’t. I asked that question to a number of the interviewees. Angela Davis brought in Desdemona, the play. Fran Leibowitz started to answer and then finally said, “No, I refuse to answer that; I’m not going to answer.” I think you have a connection to the different books in a different way. It would hardly be for me to say which I think is my favorite because it would imply it is the better one and I wouldn’t make that judgment.

MINOW: Your musical choices in the film were subtle but very, very evocative.

GREENFIELD-SANDERS: We discovered Kathryn Bostic as we were getting into the editing. She’s a L.A based African-American music composer. We called her up and she said, “I’m getting goosebumps talking to you about this; of course for Toni Morrison I’ll do anything.” She did a fabulous job.

MINOW: When you said you were influenced by Toni Morrison in The Black List, is that from The Black Book?

GREENFIELD-SANDERS: No it was Toni’s idea essentially. I was sitting in my kitchen in 2005 and I was doing the portraits for her for Margaret Garner, the opera she did the libretto for and Toni said, “Let’s do a book on black divas, opera singers.” I started to think maybe a group of Africa-Americans instead of just opera singers and that became The Black List and Toni was the fiercest of course. 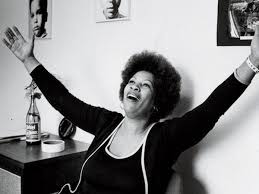 MINOW: You had a great advantage with Toni Morrison of just her physical presence; she’s got that sort of leonine hair and beautiful jewelry, and the way she carries herself, but she really surprised me in the film by how much she laughs. There’s a lightness to her. That has to come at least in part to her being comfortable with you.

GREENFIELD-SANDERS: I think that’s a reflection of my 38 years of knowing her. She felt very comfortable and was enjoying it and she’s a storyteller. She likes to tell stories and she tells them so perfectly. You do watch that and it’s like “no cuts” when we were talking to Toni and it’s really because she’s pausing and emphasizing so ideally, kind of the essence of speaking, as if it’s a dream. It’s just amazing that way. She doesn’t ramble. She tells the story very visually and powerfully. And even the little expressions — if you watch the film a couple of times you can see when we cut her eyes would go up or there’d be a little questioning expression from her that’s so marvelous. 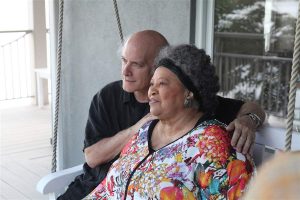