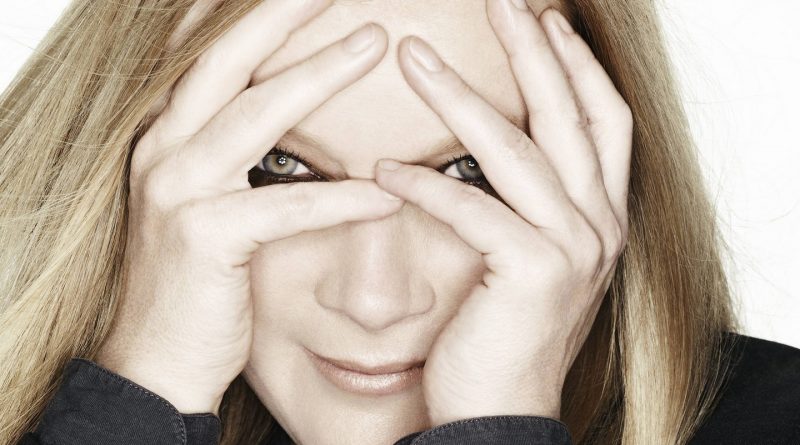 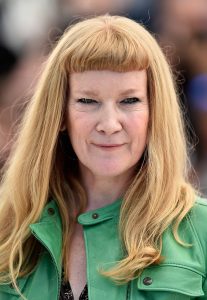 Arnold was born on April 5, 1961 in Dartford, Kent, the eldest of four children. Her mother was 16 years old, her father was 17. Her parents separated when she was very young, leaving her mum to raise four kids on her own. These difficult personal circumstances eventually fueled Arnold’s auteur filmmaking. 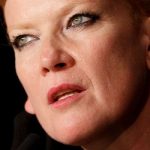 She began writing stories when she was quite young, always with dark themes that reflected her personal experiences and her own observations of human behavior. Her first dramatic piece, a play written when she was ten years old, was about the horrors of the slave trade. In general, Arnold’s films are most often about women who are caught in the stresses and hardships of deprivation, impoverishment and abuse. She has said that she writes about what she knows.

Wasp (2003), one of her first films, is about a struggling single mom who is determined not to let her four young children keep her from igniting a new love relationship with an old friend. Arnold’s native Dartford is the setting. This brilliant 26 minute debut short won the Sundance Short Film Prize and the Oscar for Best Live Action Short Film.

LEARNING HER CRAFT AND CRAFTING HER OWN CAREER

Arnold left high school when she was 16, with the intention to become an actress. When she was 18, she landed a job as host and actress for a popular children’s TV show called No. 73. That was the start of a ten year stint on camera on TV. 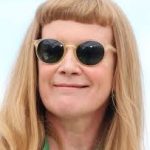 But, her passion for writing continued and she eventually decided to explore developing her stories into movie scripts and, with that goal in mind, applied to and was accepted to study at the American Film Institute, where she learned the basic skills of script writing and filmmaking. After graduating from AFI, she returned to the UK and further honed her screenwriting skills at the PAL Labs in Kent

From the start of her career, Arnold’s work has been applauded by audiences, approved by critics and noticed by the industry. In 2004, she was named a Screen International Star of Tomorrow.

Her filmmaking career gained legs with Red Road (2006), commissioned as the first installment of Advance Party, a filmmaking experiment that involved a planned set of three conceptually-related films by different first-time directors, working with the same cast of characters who appeared in all three films. Set on a housing estate in Glasgow, Red Road is a revenge-themed thriller that is presented primarily through images recorded on CCTV security TV cameras by the central character, a female security guard who becomes obsessed with someone she observes, a man who, as is revealed as the plot progresses, is a miscreant from her past. Red Road, with its challenging plot and inventive cinematography, won the Jury Prize at Cannes Film Festival, and Andrea Arnold won the 2007 BAFTA Award for Outstanding Debut by a British Writer, Director or Producer.

PERSISTENT INDEPENDENCE AND AN EXPERIMENTAL SPIRIT

Arnold’s second feature, Fish Tank (2009), premiered at Cannes Film Festival, where it won the Jury Prize. It also won the BAFTA Award for Outstanding British Film in 2010. Fish Tank was another successful departure from the standard filmmaking process. This time, to give the actors maximum freedom and immediacy, Arnold shot chronologically. Actors received just several pages of the script at a time to keep their performances fresh and their characterizations evolving. Visually, Arnold relied on DP Robbie Ryan’s handheld camera work to deliver a sense of authenticity to the acton. This elements of directorial style resulted in brilliant performances and unique imaging, and Arnold has brought them to her subsequent projects.

Next in her filmography, Arnold’s third feature was her first for hire project, an adaptation of Emily Brontë’s Wuthering Heights using a script that she’d contributed to, but not written herself. The film premiered at the 2011 Venice Film Festival where it won the Best Cinematography award for DP Robbie Ryan, Arnold’s frequent collaborator.

2011 was an auspicious year for Arnold, who was appointed Officer of the Order of the British Empire (OBE) for services to the film industry.

Arnold’s fourth feature, American Honey, is a rambling tale about free-spirited young Americans on an entrepreneurial road trip. Scripted by Arnold, the film is more than two hours long and has extended musical sequences. American Honey premiered at the 2016 Cannes Film Festival where it won Arnold the Palme D’Or.

Arnold’s career does not lack for luster. But in spite of constant critical acclaim and industry approval, Arnold has been frustrated by the limited distribution of her films. She’s wanted larger audiences. She deserves larger audiences.

THE WIDE REACH OF HBO

After directing several TV projects, including episodes of popular shows such as Hotel Babylon, Coming Up , I Love Dick and Transparent, Arnold landed the coveted job of directing all seven episodes of HBO’s award-winning Big Little Lies’ second season, which began airing in June, 2019.

Fitting in with Arnold’s own ongoing thematic interests, the show’s second season continues to focus on female-centric issues, spousal-abuse and its impact among them. With Arnold at the helm and its sterling ensemble of Nicole Kidman, Laura Dern, Reese Witherspoon, Shailene Woodley, and Zoe Kravitz now joined by Meryl Streep, the first episodes of the show’s Andrea Arnold-helmed second season have garnered critical acclaim and high audience ratings. That should take care of Arnold’s concerns about reaching wider audiences—at least for her work as it appears on the small screen.

Hopefully, the popularity of the HBO show will mean larger audiences for Arnold’s big screen projects – past and future – as well. 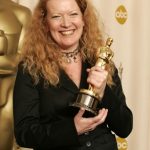 Throughout her career, Andrea Arnold has stayed true to her artistic vision. Remaining an independent creative force, she’s told bold femme-centric stories, challenged gender bias and broken through barriers to produce a superb filmography. She is famously supportive of actors, consistently creating conditions that allow for their creative freedom on set. She’s also known to be generous to other filmmakers, serving as mentor through various training programs, and as juror and speaker at a wide range of film festivals. Her direction of Big Little Lies‘ second season marks the beginning of a new chapter in her own success story and we are eager to see how she writes her future.