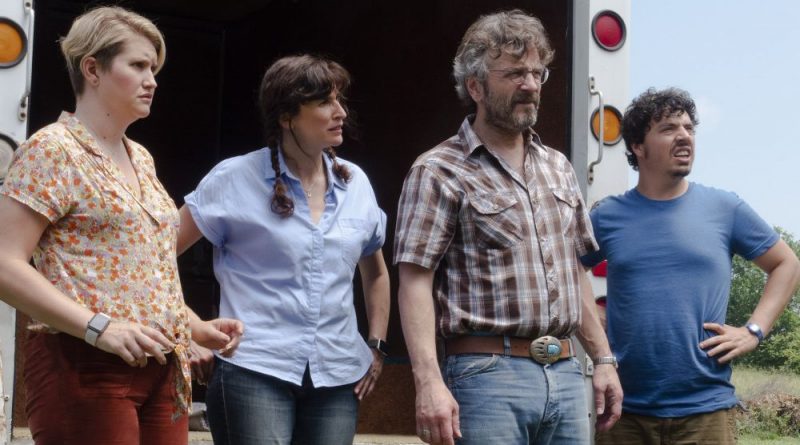 Lynn Shelton’s Sword of Trust might be a mumblecore boondoggle whose oddly relevant narrative for our divisive times gets unraveled when it devolves into a wacky road trip during its conclusion. But luckily, the filmmaker puts her trust in her actors, especially WTF podcast star and Glow co-star Marc Maron as a sarcastic pawnshop owner in Birmingham, Ala., and gives them enough improv rope to allow them to feel like real people – some of whom we would be glad to know.

The film itself is presumably about an attempt to sell an inherited Civil War-era sword that has some vaguely incoherent documentation that supposedly lends support to a typical social-media-driven nut-job theory – namely, that the North actually surrendered to the South.

But it’s really about who we are as citizens of a country that has taken some wrong turns of late yet still has innate sense of humanity at its core. Imagine wise-guy Rick and man-boy Chumlee from TV’s Pawn Stars dealing with a lesbian couple who wants to sell the sword that sweet Cynthia (Jillian Bell) inherited from her addled grandfather. But her more hard-bitten better half, Mary (Michaela Watkins), won’t stand for Maron’s Mel low-balling them and gives him an earful. When his slacker assistant (Jon Bass, a dopey delight) discovers a coven of racist crackpots on the Internet who are willing to pay thousands of dollars for the very sword in their possession.

When this quartet of main characters is in the store, Sword of Trust plays a bit like a less-raunchy Clerks. Once they are forced into the back of a van and driven to meet their potential buyer, the four begin talking about their dreams as well as their past mistakes in what is the best scene in the movie – even if Mel says as they climb into the empty truck, “This is how people die.” Shelton and her co-writer could have made the ending something heavy and over the top. Instead, it is just four people, trying to do the best they can in this crazy world.