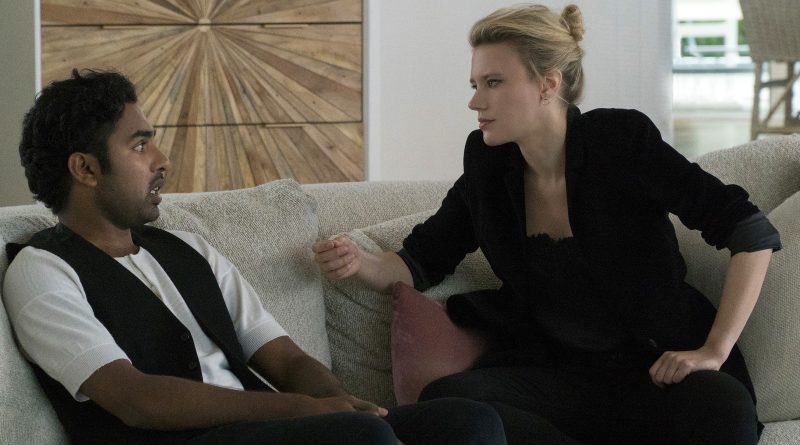 The latest modern-day fable from Danny Boyle and Richard Curtis, “Yesterday” boasts a life-affirming uplift that’s almost as big as the Beatles.

That’ film owes much of its feel-good power to its loving and liberal coverage of the Fab Four’s legendary catalog.

“Yesterday” combines the forces of some of Britain’s greatest crowd-pleasers: It’s directed by Boyle, who is working more in the magical realism mode of his Oscar-winning “Slumdog Millionaire” and “Millions” than in the vein of his darker films like “Trainspotting” and “28 Days Later,” and penned by Academy Award nominee Curtis, whose deep roster of hits includes “Four Weddings and a Funeral,” “Notting Hill,” “About Time,” “Love Actually” and the TV series “Blackadder.” And it features 15 well-known hits from across the Beatles’ diverse musical universe, ranging from “The Long and Winding Road” and “Ob-La-Di Ob-La-Da” to “I Want to Hold Your Hand” and “Back in the USSR.”

Based on a concept from writer Jack Barth, the film’s intriguing premise compels viewers to ponder what the world would be like without the Beatles, and not as a vague notion, but in a real, if fantastical, way.

Himesh Patel (the BBC soap opera “EastEnders”) ably carries the weight of the unusual concept as Jack Malik, a struggling small-town English singer-songwriter who has set aside his teaching career and taken a part-time job as a warehouse stock boy to give music one last real goal, at the urging of his lifelong friend, ever-encouraging manager and fellow teacher Ellie (Lily James). Riding his bike home from a gig, he is hit by a bus at the same moment that an inexplicable global blackout plunges the world into darkness for 12 seconds.

When Ellie presents him a new guitar as a get-well gift, Jack stuns her and their friends by singing and strumming a verse of “Yesterday,” since they’ve never heard the ballad – or of the Beatles. Several Google searches later, Jack comes to the astounding conclusion that the Beatles and their groundbreaking music have somehow been lost in the blackout and he is apparently the only person on the planet who remembers them or their songs.

So, Jack decides to add some Beatles tunes to his set, lands a spot on a local TV show, gets spotted by Ed Sheeran (gamely playing and sending up himself) and added to the hitmaker’s arena tour. He gains a ruthless new American producer (scene-stealing “Saturday Night Live” veteran Kate McKinnon) and is poised for superstardom, but feels burdened by his deception and fears being found out, especially when he starts to suspect that he’s not the only one who remembers the Beatles after all.

Screened as the closing-night film of Oklahoma City’s 2019 deadCenter Film Festival, “Yesterday” isn’t for everyone: It’s unabashedly sentimental, its history-bending concept is sure to irritate nit-pickers, and its third-act twist, which I adored, might disturb or even anger some Beatles’ fans. But it also explores big ideas like the true meaning of success, the life-altering risk of fearing failure, and the power of shared cultural experiences – one of the best running gags involves Jack realizing the Beatles aren’t the only thing that got lost in the blackout – with humor, heart and some of the greatest rock ‘n’ roll songs of all time.

“Yesterday” will send you home singing and smiling, thinking and imagining, and to me, that’s the kind of movie we need today.