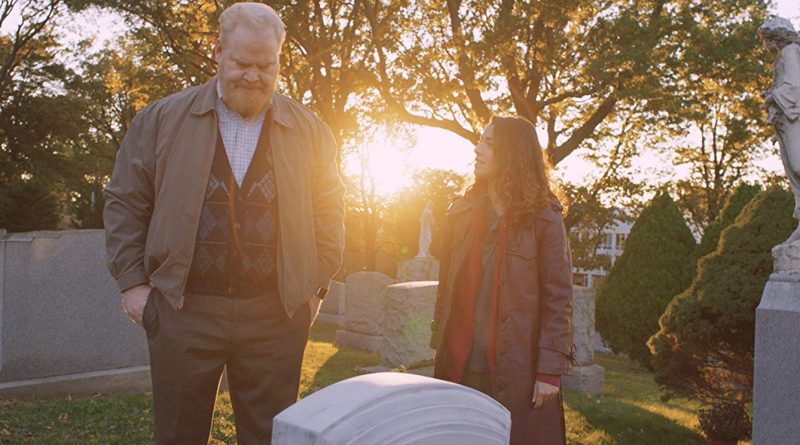 As a young child, it was devastating for Holly (Olivia Thirlby) to watch her mother die, but when she transitioned into adulthood, it was soul crushing to find herself disappearing from sight and memory as if she never existed. In Claudia Myers’ indie fantasy drama, Above The Shadows, Holly is lonely, grief stricken and isolated, and she is left with no choice but to navigate the world from the shadows. She was the closest of all the children to her mother, whom she felt was the only person in the world who understood and cared for her. When she tries to interact with the rest of her family after her mother’s death, they ignore her until she fades completely from their presence and is forgotten.

A decade later, Holly enjoys a successful career as a celebrity photographer. Her invisibility gives her a competitive edge that allows her to make a lucrative living by capturing the indiscretions of famous people without being seen. Among her many victims is Shayne (Alan Ritchson), a once highly regarded MMA fighter whose marriage and successful career were derailed by Holly’s tabloid revelations. Surprisingly, he turns out to be the one person who can see her and help her find her way back into the world. She becomes visible without knowing why and is shocked and thrilled when he sees her and makes her feel like she matters. The allegorical implication is that he sees her because he, too, is socially invisible and disenfranchised as a result of the salacious way she portrayed him in her photos. Holly is inspired to right the wrong she has done to him.

Fantasy is a magical and entertaining genre. Viewers are required to suspend disbelief to follow the narrative and some may have difficulty doing so. That said, the film sticks to its premises and does not disrupt the universe it creates. Myers also makes an important point drawn from her experience growing up, which is that even marginalized people who feel misunderstood and overlooked can find a constructive purpose in life, and that in order to be seen, you have to be willing to see others. It’s noteworthy that she made Above The Shadows in 21 days on an extremely limited budget and set up shots in 26 locations across all five boroughs on some of the busiest streets in New York City. That’s an incredible logistical challenge for any director.