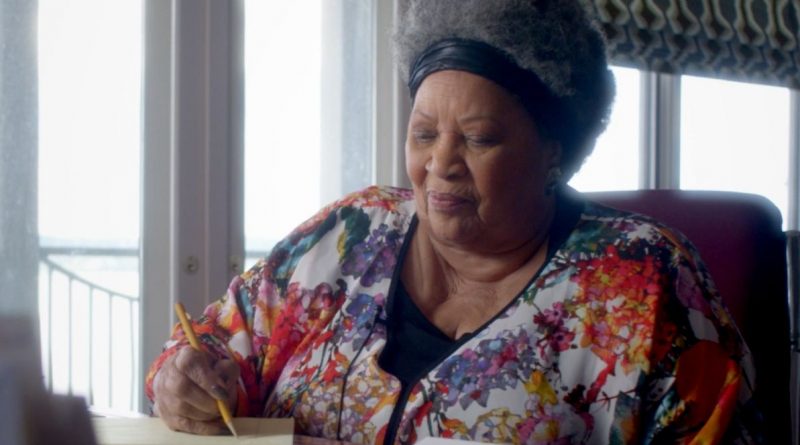 Photographer/filmmaker Timothy Greenfield-Sanders brings his keen eye for portraiture to this exploration of the life and influence of African American author Toni Morrison, filmed before her death in August 2019. As indicated by its title, inspired by a passage from her 1988 Pulitzer Prize-winning novel Beloved — and its evocative opening titles, created by mixed-media artist Mickalene Thomas, which assembles shards of photographs of Morrison at different ages — the film is presented more as a biographical collage than chronological march.

That Greenfield-Sanders had a personal friendship with Morrison extending back to 1981, when he photographed her for the release of her novel Tar Baby, gives the film a convivial air. There are effusive talking heads with Morrison’s friends, peers and scholars, including media mogul Oprah Winfrey and author/activist Angela Davis, who discuss the author’s generosity, sharp wit and towering achievements. The Nobel Prize for Literature joined that Pulitzer in 1993, and she was also a college professor, an editor at Random House, where she helped other black authors into print, and a single mother to two sons.

Given the nature of the film, it’s unsurprising that there are no dissenting voices here; save for some sneering archive reviews from white critics. There is, however, plenty of political and cultural context; the film touches on Morrison’s experiences with segregation, her realisation that the literary discourse was the realm of the white male, her decision to concentrate on the everyday “interior pain” of racism and her determination to fight systemic racial prejudice with the power of her words.

The true highlight of the film is, of course, the extended interview with the 88-year-old Morrison, which proves the narrative backbone of the film. Staring down the barrel of the camera, she recounts the experiences that have shaped her. Many anecdotes — such as the time she was a college student stealing the “ridiculous” segregation signs of ‘white’ and ‘colored’ and sending them home to her mother — are punctuated with a hearty chuckle. Warm, humble and utterly compelling, Morrison was as profound a storyteller in person as she is on the page.