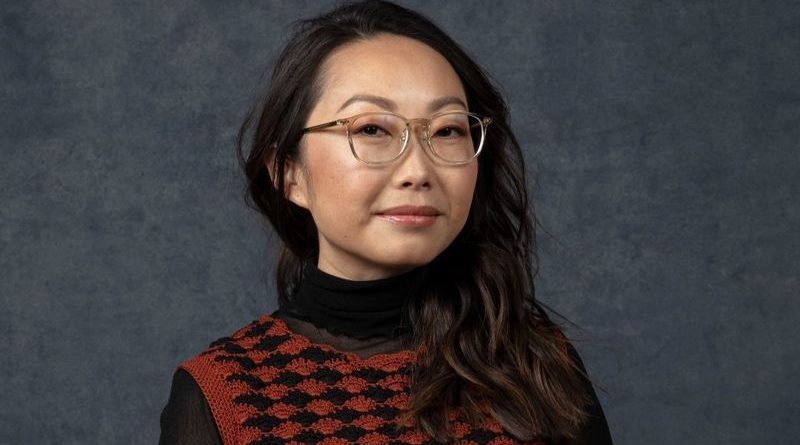 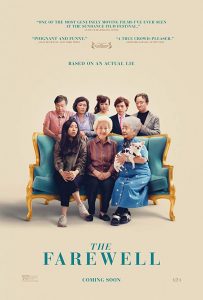 Lulu Wang and I met for an interview on May 6. I was curious as to the special bond Wang shares with her grandmother and some of the qualities that she admires. She looked at me with a big smile and said, “My grandmother is an incredibly strong person, she actually joined the Army at age 14 as a way to escape an arranged marriage, and that speaks a lot to who she is as a person. She’s a very willful person, and she’s the one who really holds the entire family together. We’ve always had a special relationship because I’ve always been told that I take after her. And she says that too. The rest of my family says that, for better or for worse, you know. My mother will use it as an insult. My grandmother will use it as a compliment. It’s great because we have always had a really playful relationship and I’ve had her unconditional love.”

Wang continued her enlightenment on the term “unconditional love” as opposed to ‘conditional love.’ “American families always talk about unconditional love and my Asian friends and Asian-American friends, and I joke, and we will say, “We don’t have unconditional love with our parents.” The love from our families is very conditional from our parents. It’s very much like, “Oh, you did this thing, and that didn’t make me very happy.” And you feel like you might lose their love. I think that’s part of the dynamic, but with my grandmother, the love is always unconditional, and the love comes from knowing you since you were a baby, and she’ll always see you as a little baby in that way. That is not the case with my parents; it’s about what school did you get into and how are you performing, and are you performing up to par? Are you worthy of this life that we made all these sacrifices to get you here? Are you making the right choices to be worthy of all of that? That is a lot of pressure, and so whenever I call my grandma or she comes to visit, or I would go visit her, she would always take my side.”

Serendipitously, my next question centered on the term unconditional love segueing into love as a universal theme. I continued, “As a grandmother myself, I recall sitting on my grandmother’s lap and feeling unconditional love when I was about four years of age; that warm, safe feeling, and I have a strong desire to pass that onto my grandchildren. Although you’ve just touched on that, I believe your film does resonate with love as the universal theme. Would you agree and speak to that theme?”

“Yes, definitely. I think that, for me, the film is very much about love, but also love languages. It’s about communication, and when you come from a family of all different cultures and generations with different values and backgrounds, you’ll see that love is communicated in different ways. Sometimes the love isn’t expressed in a way that you might want, or you might recognize, but it doesn’t make that love any less valid; different cultures, have different love languages.

Awkwafina who plays Wang in the film is a rising star; I continued by saying, “Awkwafina had such an outstanding year, with Crazy Rich Asians, hosting Saturday Night Live and Ocean’s Eleven. Did you know when you were looking into casting her that she had lost her mother at age four?”

“Yes, she told me about that the first time we met. Although I wasn’t sure if she was Chinese or Korean and she explained that her mother was Korean and her mother passed away when she was four and that her father’s mother raised her; so her paternal grandmother is Chinese. This is such a personal story to her because of that, and her special relationship with her Nai nai.”

I said, “Her acting in the film is remarkable. You can actually feel her pain. It’s interesting also to see the love and respect she has for her grandmother. Can you talk about her performance and what she brought to the character?”

“I always told her that it wasn’t about her trying to play me in any way, and Awkwafina’s (Billi) is not me, Billi is not her, but I think we both brought elements to the character of Billi who goes on this journey that we both went through together in a way. So she is not trying to mimic my behavior or me as a person, she found ways to make Billi even stronger than what I wrote on the page. For example, her body posture, that was something that she just inherently did throughout. She had this hunched over body posture, and I started to recognize she was doing it on purpose and that it was part of the character of Billi, even though that’s not how I envisioned it, or it wasn’t written in the script, but it was because in New York, as a New Yorker, she’s confident, she’s independent, she’s going about her day with her friends and her own life, and then she comes to China and all of the pressures of the family, everyone telling her how to behave and what to do and not to do, that it makes her smaller. And so she just kind of scrunches over and it really brought a lot of comedy to her silhouette in context with the rest of the family.”

Thank you for that, I want to compliment you on the writing, as the comedy has such a great balance to the dreary theme of terminal illness. I felt that the comedy brought realness as well, to the family dynamic. What did you draw upon for the comedic elements?

“The humor in my family, my mother and my father, both, even in the most dire situations, still somehow find the comedy and so I think it’s just the lens through which I view everything is that I try to see the seriousness in a situation, but I also try to undermine that.

Lulu Wang continued,” When you shift your perspective in looking at something a little bit—the comedy and the joy is the way that we get through the grief and the pain. And so I wanted to make sure I was doing that, finding the comedy but not through performance, not having the actors perform as if they were in a comedy. I wanted them to still be in their own emotions and in their grief, and so we found the comedy through tone, through compositions, camera work, framing, juxtaposition, what else is going on in the frame, and it allows us to keep the tone really unexpected.”

She answered, (with a huge smile) “It was really great, we had looked at other cities, but there is just no place like that. I had such a visual image of the movie in my head, and it took place in that city so we couldn’t relocate anywhere else.”

Speaking of wonderful musical score in the film, I believe I wrote down the words, “healing of the spirit, healing of the land.” Although I’m not sure, that’s exactly right.

“Oh, thank you. It’s actually Leonard Cohen. It’s called Come Healing, and I think it’s, “Come healing of the body, come healing of the mind.” And then it’s like, “Come healing of the spirit.” I knew that was the song I wanted in the movie from the very, very beginning and it’s actually written into the script. I’m a huge, huge, huge fan of Leonard Cohen and he passed away around the time when I was working on the story, and so there was a huge emotional impact for me, and his music as well, he found Buddhism and spirituality later in life and so his music incorporates a lot of that. His voice is very deep, and the movie is so female, we ended up hiring Elayna Boynton, who is a female singer, songwriter, and she also sang the cover of the song.”

Wang, classically trained in piano, raised some questions, I wondered if she still played the piano at home. I said, “I know that I love it when my daughter comes home and plays Imagine from John Lennon, I love the sound of a piano, do you play much at your parents home?”

“I do, yes. My parents love that, as well. They still have a piano in their home, and whenever I’m home, I play and I have a newfound appreciation for it because I don’t have a piano in my apartment and I don’t play when I’m on my own. And so, I let it go a lot because I haven’t practiced, so it’s something that I’m trying to bring back into my life.”

I wanted to touch on the scene that gave me the chills when Awkwafina is leaving, or Nora, her given name. By the way, did you call her Nora on the set?

When she’s leaving China, it’s so profound because I was so close to my grandmother and she is actually seeing her for the last time, but her grandmother doesn’t know it due to the lie. Her grandmother is smiling, and it just resonated with me. I thought, “Wow, maybe there really is something to that. Grandma’s really happy, and she got to see everybody. It dawned on me that I really liked that. I had never thought about that before, but because of your movie my conceptions have been expanded, it did resonate with me. Have you heard that from other viewers or people?

“Yes, I think that’s the best thing to be able to introduce a new perspective to people, although you might think, “God, that’s crazy. That’s so wrong for them to lie, and I would never do that.” But then if you actually go on the journey of the film, it might open your mind up to think, I never thought about it that way.” And I think we should all try to do that more often because we’re living in such a polarized time where people who grow up in the same city, with the same family, might have very contradicting points of view on the world, and that causes a lot of divide within families. And so I think, for me, it’s about how do you love somebody and also respect the difference in opinion and not try to change them. And how do you accept people with grace?

In conclusion, I want to congratulate you on your Chaz and Roger Ebert Directing Fellowship, what an honor! That’s just wonderful, what did that do for you personally?

“Well I mean it’s just such an honor for them to recognize my work and I got to meet Chaz and she wrote me a congratulations and at that point in my career, I really, really, really just needed any bit of encouragement, and there was a fellowship attached to that, which helped significantly when you’re an independent filmmaker. And I was able to put that into several months of writing that without the pressure of going and getting another job and so yes it was so great and helpful.