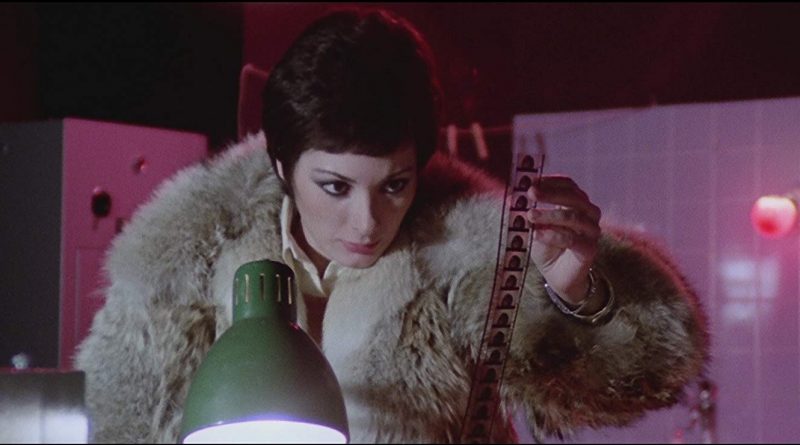 Andrea Bianchi’s Strip Nude for Your Killer is a mind boggler—how many movies that suggest they’re all about sexy hijinks open with a pretty young woman—a model, it ensues–legs spread, having a heart attack as she undergoes an illegal abortion? Yes, that’s the start of a fun time at the movies.

To its credit, Strip Nude delivers lots of fashion-industry bitchery, a twisty-turny story and a lovely performance by the ubiquitous ‘70s Maltese/Italian actress Edwige Fenech (kudos to Eli Roth for giving her a lovely cameo in 2007’s Hostel: Part II), a luminous presence in European horror films, sporting an atypical pixie haircut. That said, it’s a pretty conventional thriller, chock-a-block with false leads and misdirections. My favorite moment: When she tells hero Carlo (Nino Castelnuovo of The Umbrellas of Cherbourg) he’s a barbarian for wanting to ruin her perfect coffee by adding milk.

Gialli are of a time and place in their fantabulous décor and ‘70s soundtracks, but the best of them are as slyly relevant today as when they were made. They’re about the way men and women do or don’t connect; the social mores that shape people’s lives and what it takes to say, “just no; not doing that.” The black-gloved killer who enforces the status quo with a knife isn’t gone; he or she has just adapted. And that’s why gialli still speak to us; they’re not just retro kicks. They speak to the way we live now.