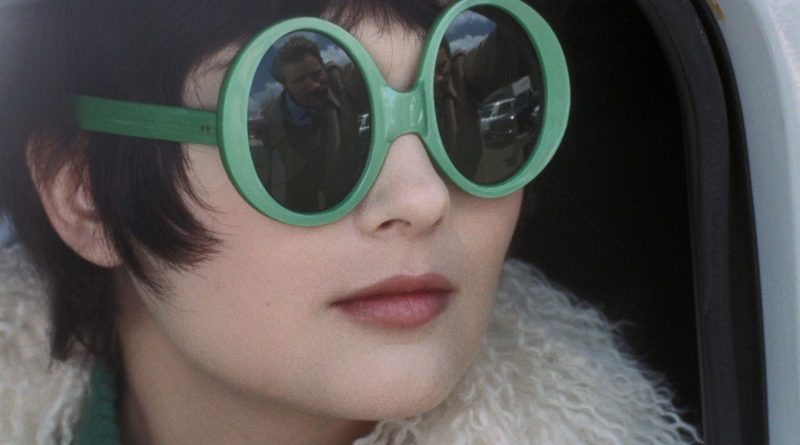 The Fifth Cord opens at a party with the killer laying out plans for murder. We later discover that the party was a New Year’s even shindig attended by a number of prominent figures including Andrea Bild, a crime reporter who is really good at his job despite a drinking problem that turns him into a mean bastard who says and does things he later can’t remember. When some of the other party goers turn up murdered, Bild finds himself in the middle of the investigation not only as a reporter doing his job but as a suspect.

While director Luigi Bazzoni made his feature film debut with the very classy and subdued early giallo The Possessed, The Fifth Cord, released a mere six years later, is a completely different beast and there’s nothing subdued about it.

Adapted from David McDonald Devine’s book, the story is full of twists with red herrings at nearly every turn. Bild is unearthing a complicated web of clues and sometimes the filaments between the clues are so thin they’re nearly invisible. It’s a lot of plot to pack into 90 minutes. Sometimes it’s just a bit too much and even the most astute viewer is likely to get lost among some of the weeds.

That said there’s much to love about The Fifth Cord. One of multiple Oscar-winning cinematographer Vittorio Storaro’s early works, the movie looks amazing and Storaro’s camera work is mesmerizing. From the first-person camera shots to the amazing framing and cinematography of the cityscapes, every frame of The Fifth Cord offers something new and interesting. Ennio Morricone’s unmistakable score adds flare.

And, then there’s Franco Nero who is perfectly cast as Bild. He embodies the proto-typical 70’s macho-man who does things his way and even when he’s wrong, things generally work for him in the end. Nero adds suaveness to the character which makes Bild much easier to swallow.

At the hands of another team, The Fifth Cord could easily have fallen into the category of schlocky thriller. It certainly has all the hallmarks of one including brutal murders, salacious sex scenes, and a brutish protagonist, but Bazzoni and his crew elevate this film into something far more interesting and, dare I say it, classy. It’s a movie that both revels in the low-brow while at the same time reaching for something more artistic and sometimes, downright scary. The film’s final act is an exceptional exercise in tension, combining Storaro’s camera work and Morricone’s score with brilliant pacing and editing to create an unforgettable sequence.

While it sometimes loses its way, in the end The Fifth Cord comes together in an entertaining, occasionally awe-inspiring package that stands the test of time as a fine example of the giallo genre.