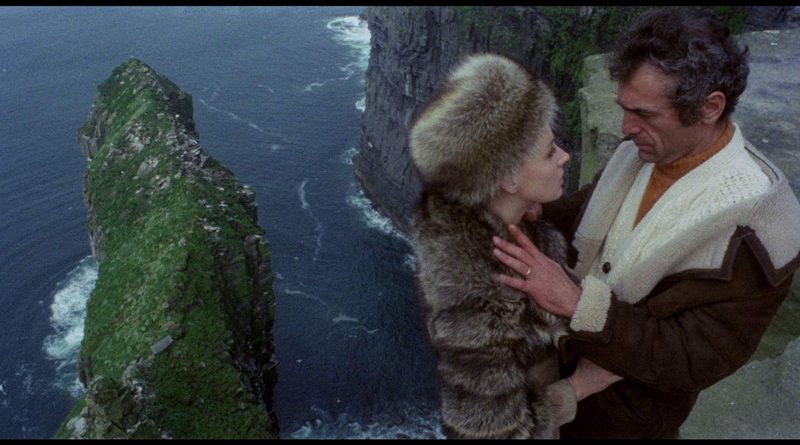 Although not as well-known as the big names of Italian horror such as Dario Argento or Mario Bava, Riccardo Freda is a crucial figure in the genre’s national history. His 1957 film I Vampiri is broadly considered the first Italian sound horror movie, Freda leaving the project after a fight with the film’s producers and thus placing his then-cinematographer Bava to helm the bulk of the film’s directorial duties. Freda would work across many genres, but his imprint on Italian horror was undeniably with later films including The Horrible Dr. Hichcock in 1962 with the iconic Barbara Steele and with later gialli such as Double Face with Klaus Kinski in 1969 and again with The Iguana with the Tongue of Fire in 1971.

The latter was released when the giallo formula had taken the Italian cultural consciousness by storm after the blockbuster success of Argento’s so-called Animal Trilogy in 1970 and 1971; The Bird With the Crystal Plumage, Cat O’ Nine Tails, and Four Flies on Grey Velvet. Even the very title of Freda’s film acknowledges the scale of Argento’s impact on giallo at the time, these excessively poetic and often animal-centric titles becoming a signature trait of the category alongside films such as Antonio Margheriti’s Seven Deaths in the Cat’s Eye in 1973 and Lucio Fulci’s divinely gaudy A Lizard in a Woman’s Skin in 1971.

While not all gialli stuck to the iconographic rules, the general consensus is that the category is at least loosely defined as sex-and-violence drenched murder-mystery films that more often than not featured a killer marked by their affinity for trenchcoat, trilby, and of course the famous black leather gloves. Even by giallo standards, The Iguana with the Tongue of Fire is noteworthy for the extremity of its violence, participating in an ongoing spirit of ‘upping the ante’ that would peak in giallo’s classic era with outright nasty efforts such as Mario Landi’s near indescribably brutal Giallo in Venice at the end of the decade (a challenging watch for even the most dedicated giallo loyalists).

Set in Dublin, The Iguana with the Tongue of Fire epitomizes the deliberate internationalism of giallo during this period, featuring what was then the typical addition of post-production dialogue so the film could be dubbed into different languages to reach as wide an audience as possible (a feature that often comes as a shock to audiences not familiar with European genre cinema of this era). The film begins with the vicious murder of a young woman who is discovered in the car of foreign diplomat, thrusting investigators into the heart of a potential international scandal. This is the first of a serious of graphic and gleefully sensationalized murder vignettes with slashed throats and acid burns aplenty. Combine this with its depiction of a so-called ‘perverted’ queer character and scantily clad teenage girls, it would be dishonest to say that The Iguana with the Tongue of Fire is particularly interested in transcending the baser elements exploitation cinema is notoriously renowned for.

And yet, even with Freda’s essential place in Italian horror history aside, The Iguana with the Tongue of Fire certainly has its charms; Stelvio Cipriani’s fabulous score is difficult to ignore, and Freda casts a number of actors who would become near-synonymous with the subgenre, including Germany’s Dagmar Lassander who dazzles in gialli such as The Frightened Woman and The Forbidden Photos of a Lady Above Suspicion, and the fabulously creepy Luigi Pistilli from The Case of the Scorpion’s Tail and Your Vice Is a Locked Room and Only I Have the Key. While perhaps not a recommended entry point for those new to gialli, for those already familiar with the limits of good taste that the category often sought to push, The Iguana with the Tongue of Fire is undoubtedly provocative, memorable viewing.