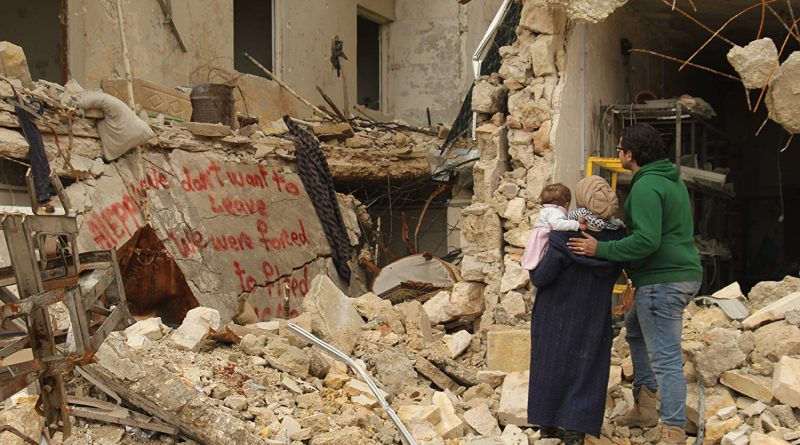 Not only do we see in real time the devastation of Aleppo and the murder of its civilians including children, we also see lives that continue to be lived. Al-Kateab marries Hamza, a medical student, and together they volunteer at a makeshift hospital in Aleppo where they attend the wounded and offer comfort to inconsolable survivors. They and others continue to protest Bashar al-Assad’s oppressive dictatorship, despite the escalating violence. Al-Kateab and co-director Edward Watts capture not just the terrifying bombings but the families living through it, trying to keep as normal a life as possible for their kids. “For Sama” won Best Documentary at the 2019 Cannes Film Festival and the 2019 SXSW Film Festival for good reason. Much like Jehane Noujaim’s 2013 documentary “The Square,” about the uprisings in Egypt, the filmmakers’ raw footage of bombs striking is harrowing and unfliching. But they also show life in the midst of all this agony.

The film’s focus is on Al-Kateab’s baby Sama. The birth of a child into the chaos and destruction becomes a metaphor for hope and survival and questions about parental responsibility, as al-Kateab wonders if it’s fair to bring children into such as place and time. As we watch, the answer is clear. If not, they win.