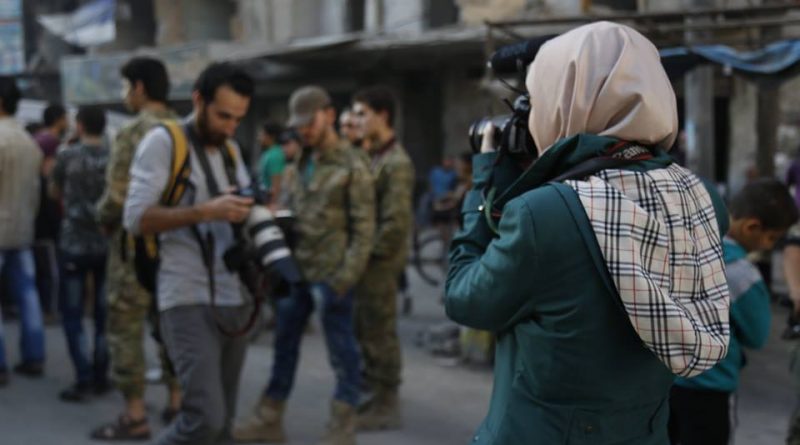 Never mind all those so-called superheroes that have dominated movie screens for the past two decades. Now is not the time for escapist fantasies. For Sama is the reality wake-up call we as a country desperately need right now, one that shows what happens to a society when corruption, injustice and oppression goes unchecked. Is this a political documentary? Yes, as a young and engaging female Syrian university student, Waad al-Kateab decided to chronicle on camera the uprising of the Aleppo citizenry against a cruel self-serving regime and the resulting horrifying devastation when Russia and Syrian leaders terrorized the community with constant terrorist bombings by air and on the ground.

But the film’s emotional pull and clear-eyed perception in its “you-are-there” intimacy as we follow journalist Waad and her humanist hero husband, Dr. Hamza, as they fall in love while they and others continue to work in an increasingly rubble-filled hospital. They refuse to leave the city and its people even after she becomes pregnant and decide to stand their ground, aided by dedicated colleagues who refuse to give up. She initially wants to film what is happening so her adorable newborn daughter, Sama, can see what their lives were like as their homeland was turned into a war zone after she came along. But For Sama is more than that. It is an inspiring gift to world, re-affirming the strength we have as humans who refuse to collapse before those who wish to destroy our common customs and the bonds that feed our souls. To see up close the indecency of a pile of dead bodies being randomly tossed into a makeshift landfill or observing a grieving mother as she embraces the lifeless body of her son as she walks down the street makes the human tragedy unfolding before us quite universal.

There is one scene involving a just-injured woman on the verge of giving birth whose son must be born by Caesarean section. It is as tense and anxiety-inducing as any battle scene in a war epic. The release you will feel once it is over is a feeling that will stay with you hours later. For Sama has already won standing ovations and a top prize at Cannes. May it win all the prizes and get the wide viewing it deserves. Now this is a true superhero movie.