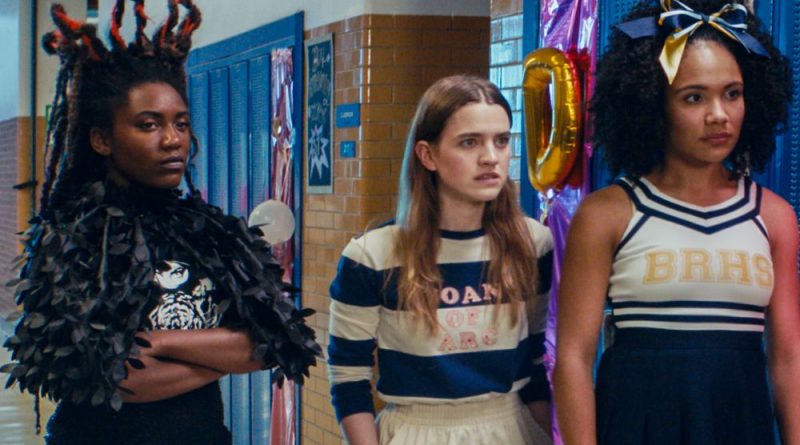 American filmmaker and artist Jennifer Reeder’s most recent film Knives and Skin is the crowning achievement of a career that has shown a notable interest in the experiences of young women. Recently playing Montreal’s Fantasia International Film Festival, Reeder’s career as both a celebrated visual artist and a filmmaker collide here with spectacular effect; Knives and Skin is not just visually captivating, but also marked by an emotional intelligence and dark humor that renders it one of the year’s most unique cinema experiences.

Some of the film’s most emotionally powerful and simply beautiful moments centre around the choir’s acapella renditions of a range of 1980s pop hits, from Cyndi Lauper’s Girls Just Want to Have Fun to New Order’s Blue Monday. The delivery of the latter’s lyrics ““Tell me how do I feel? Tell me now, how should I feel?” reverberate with an emotional intensity that speaks to the heart of Knives and Skin; young women finding voices, seeking answers, and finding their way through the darkness.