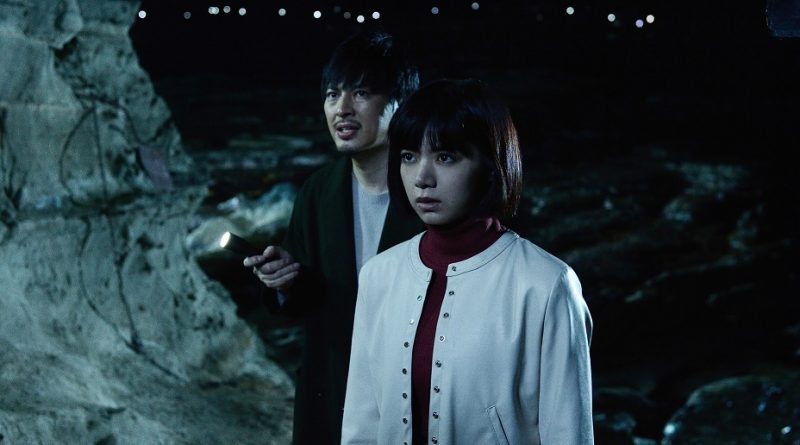 When Japanese director Hideo Nakata adapted Koji Suzuki’s 1991 novel Ringu to the film of the same name in 1998, Japanese horror was suddenly and dramatically globally rebranded as J-horror. Through Ringu and its many sequels, remakes, and re-imaginings both internationally and in Japan itself, that first film solidified Japanese horror as a terrifying cultural phenomenon that would take the country’s long history of supernatural folklore and mesh it with contemporary anxieties about technology.

The cultural impact both within Japan and in countries including South Korea and the United States where it was remade is predicated on a premise both bone-chillingly simple in terms of its effect, yet conceptually sophisticated when considering how it spoke to fears and tensions around the ever-increasing omnipresence of media technology in our daily lives. In the original Ringu, the life of a Tokyo-based journalist is thrown into chaos when she stumbles across the story of a cursed video tape that dooms those who watch it seven days after viewing unless they pass the virus on to someone else by showing it to them (and thus triggering someone else’s impending death).

The monster at the heart of the Ringu mythos is the famous Sadako Yamamura (a vengeance spirit called an onryō), whose sorrowful life ended when she was thrown down a well. Imbuing VHS technology with her fury and revenge, the Ringu curse was born, and since its first adaptation in 1995’s Ring: Kanzenban, it has been told and retold across books, films, manga, television shows, video games and, of course, a still-growing number of movies.

Director Hideo Nakata has had a decades-long relationship with the Ringu universe that began with the first film, crossing borders to film the sequel to the US remake The Ring Two in 2005 with Naomi Watts, a follow-up to Gore Verbinski’s 2002 first film in the American series. Hollywood still shows no lack of interest in the brand as demonstrated by 2017’s Rings, while in Japan recent additions include Sadako 3D in 2012 and Sadako 3D 2 in 2012, and a seemingly never-ending stream of films where Sadako comes to heads with other Asian genre monsters such as Hikiko-san vs Sadako in 2015, Bunshinsaba vs Sadako and Bunshinsaba vs Sadako 2 in 2016 and 2017, and – perhaps most successfully – Sadako vs. Kayako in 2016 by stalwart J-horror maestro Kōji Shiraishi.

But not even a filmmaker of the skills and reputation of Shiraishi can compete with Hideo Nakata for being the director most synonymous with the franchise as a whole. Accordingly, Nakata’s return to the Ringu mythology in the series’ latest addition with the simply named Sadako is cause for genuine interest for both devotees to the brand and those who simply have fond memories of goosebumps watching the original. While a certain degree of Ringu fatigue was perhaps avoidable with the undeniable glut of new product that has come out since the original novel was first published almost thirty years ago, Nakata’s Sadako sets an important turn in how the legacy of not just its eponymous protagonist but the series itself can be understood.

Making its North American premiere at Montreal’s Fantasia International Film Festival, Sadako begins with a small girl (Himeka Himejima) in an abandoned apartment block who is almost immediately revealed to be deeply traumatized by the abuse and neglect of her superstitious mother who believes the child is Sadako reborn. Locked in a closet filled with strange dolls and talismans, the mother dies in a fire in the opening moments but the nameless child survives, thanks to the appearance of that familiar girl with the long black hair hanging over her face, the dangling arms and the white dress so iconic throughout the series; Sadako herself.

Wandering the streets and tormented by her own significant psychic and telekinetic abilities, the child ends up in a psychiatric ward under the care of the film’s protagonist, Dr. Mayu Akikawa (Elaiza Ikeda). Mayu’s brother is a wannabe YouTube star, who in a desperate attempt to increase the popularity is drawn the very same apartment block where the film’s opening fire takes place. Upon his disappearance and her growing connection with her disturbed patient, Mayu is pulled into the dark world of Sadako’s history and discovers its continuing impact on the present.

Like many of the more recent Ringu films, VHS technology has been superseded by online video as Sadako’s preferred screen medium, but one of the most fascinating – and successful – aspects of the latest film is its broad disinterest in continuing rehashing the now thoroughly overcooked cliché of the cursed video as the central narrative core of the film. It’s there, certainly, and still important, but it is not solely what the film depends on to communicate its themes.

Rather, as symbolized by the frantic desperation the unnamed girl clings to her spooky toy doll from the film’s opening moments, Sadako is a film about women, trauma and connections; the film shifts its focus from the fun structural gimmick of the haunted video motif to an explicit fascination with women of different generations who have experienced deep trauma. It’s central concern is not the seven-day-countdown, but rather how the stories of these women entwine; how they find each other and leave an impact on each other both physically, emotionally and psychically. For better or for worse.

There’s a strong case to be made that these themes of abuse and abandonment permeate the film series at least from the very first Nakata film (Ring O: Birthday in particular making it the most explicit). But unlike its latter predecessors that more often than not tried to recapture Nakata’s lightning in a bottle, the director’s latest addition to the series instead uses the mythic language of Ringu to move beyond the body count curse and experiment much more ambitiously with these earlier themes.

That being said, while not repeating the now rather dusty Ringu ‘curse’ formula in the way we have come to expect, Sadako still provides enough call backs to the broader mythology and iconography established in the first film to simultaneously provide franchise coherency, (although it is hard to imagine what the experience would be like for audiences for whom this is their introduction to the Ringu universe). In terms of bang for your buck as far as a popcorn experience goes, it would be dishonest to say that this equals the sensorial impact of the original film – it’s not exactly scary in the same way as those first films especially as such – but to be fair, it is perhaps unfair to expect it to be.

Rather than recycling the old tried-and-tested same-old, same-old Nakata instead makes the interesting choice to move his focus towards the themes rather than the core narrative hook as he explores the deeper, richer psychological terrain which was always in the series, but over the years and various incarnations increasingly took a back seat. Sadako is a reminder that at the heart of the cursed video story lies not just the tale of one traumatised, abused child, but many. It is through the Ringu mythology that Nakata finds a way to bring their stories and experiences together, to speak through the beautiful, powerful and often unforgettable metaphors of horror and folklore of the nightmares we can inflict upon each other in the real world.