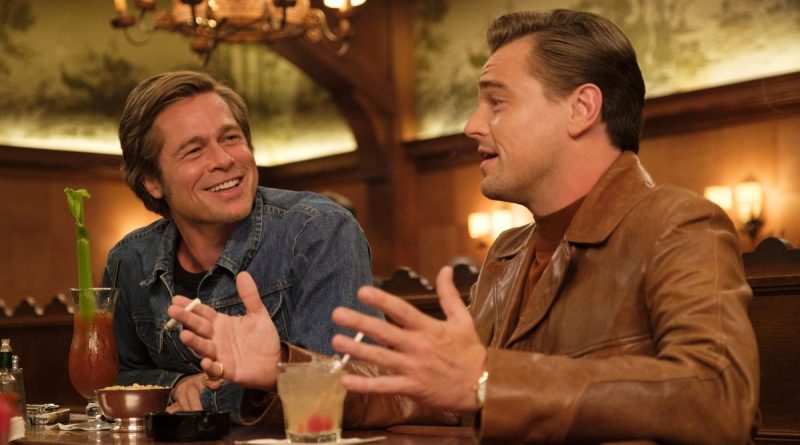 Once a top TV Western star, Rick Dalton (Leonardo DiCaprio) is watching his once-promising career decline to the point where he’s now ‘guest-starring’ as the villain whom the hero beats up.

Dalton’s best friend is his stunt double/driver, Cliff Booth (Brad Pitt), who – according to rumor – killed his wife and has been blackballed in the industry.

Dalton owns a house on Cielo Drive in posh Benedict Canyon, next to director Roman Polanski (Rafal Zawierucha) and his pregnant wife Sharon Tate (Margot Robbie), while Booth lives with his Rottweiler in a beat-up trailer behind the Van Nuys Drive-In.

In Hollywood’s Golden Era, one’s status in the ecosystem was obvious.

So how do Charles Manson and his feral followers fit it? Their murder plan originally targeted record producer Terry Melcher (Doris Day’s son), whom Manson blamed for his singer/songwriter failure. It’s Terry’s house that Polanski and Tate are renting. So Tarantino cleverly twists, turns and manipulates history to serve this story.

On the Granger Movie Gauge of 1 to 10, “Once Upon a Time…in Hollywood” is an evocative 8, elegantly eviscerating the soft, sleazy underbelly of Tinseltown.