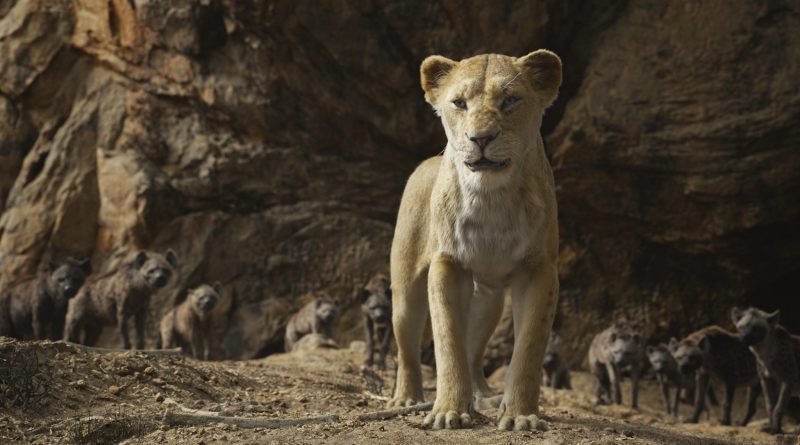 A shaman monkey ascends a towering rock formation and triumphantly holds aloft a newborn lion cub, prompting the herds of African wildlife below to leap for joy to a celebratory tune belted in Zulu.

Despite the stunningly photorealistic flora and fauna and the strong vocal performances, director Jon Favreau’s overly familiar remake not only tells the same story, but uses most of the same lines, the same framing, the same plot beats and even, in one notable case, the same casting.

The Mouse House’s often-lucrative obsession with revisiting its classic animation canon works best when the reimagining updates or refines the storytelling, as with Favreau’s strikingly lifelike 2016 rendition of “The Jungle Book.” The problem with remaking “The Lion King” is that Disney already has addressed its biggest weakness – the dearth of authentic African cultural motifs – with one of the most critically and commercially celebrated musicals in entertainment history.

While “The Lion King” musical is most renowned for giving the title a radical new look, its innovative mastermind, Julie Taymor, wasn’t afraid to put her distinctive stamp on the storytelling, turning Rafiki into a female character, giving Nala the evocative song “Shadowland” and showcasing the lionesses’ hunting prowess with a dance number.

While Favreau gives his take on “The Lion King” a striking new look – although it has widely been referred to as a “live-action” remake, the naturalistic animals are actually all computer animated – the rest of his changes are largely insignificant and unfailingly safe. He eliminates several of the funniest quips, shortens the villainous anthem “Be Prepared” and gives Nala a musical showcase called “Spirit,” which doesn’t quite measure up to “Shadowland,” despite the powerful performance by Beyonce.

While it will undoubtedly satisfy diehard fans (of the title, the stars or both) and appeal to a new generation of moviegoers, Favreau’s do-over of the Shakespearean tale of feuding feline royals is faithful to a fault to its Oscar-winning predecessor.

With this caliber of technology, talent and story, “The Lion King” remake should be more than a flashy copycat.