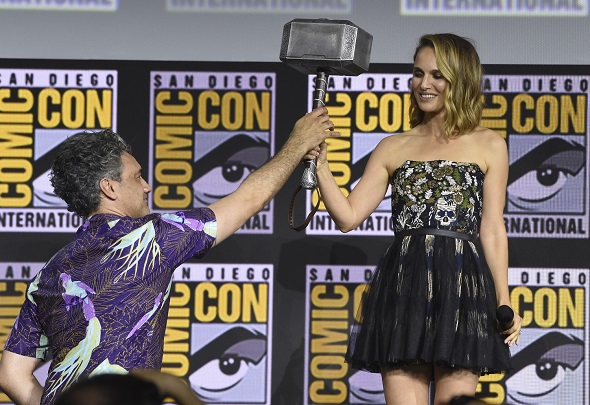 Natalie Portman has been declared worthy to wield the hammer of Thor. Writer-director Taika Watiti, who directed 2017’s Thor: Ragnarok and will return to helm Thor 4,  presented Portman with the superhero’s hammer Saturday during the Marvel Studios panel at Comic-Con International.

After playing astrophysicist Jane Foster, Thor’s love interest, in the first two movies in the Marvel series, the Oscar winner will portray the female Thor in the fourth installment, titled Thor: Love and Thunder.

The film will open in theaters in fall 2021. Continue reading on THE WEEK IN WOMEN.