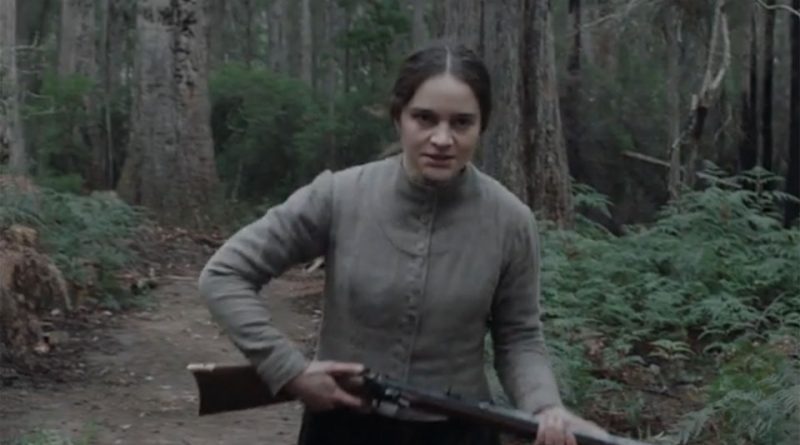 Writer/director Jennifer Kent knows just what she wants in The Nightingale. There’s no soft-pedaling around the brutality and violence central to her story about the dehumanizing and vicious treatment of women and the indigenous people of Australia by men with power during colonization.

“The Nightingale” is visceral and powerful; it’s a memorable, accomplished, gut-wrenching film that’s not for the squeamish or those super-sensitive to graphic violence onscreen. But nothing here is gratuitous; Kent’s subject is rape and brutality and how it’s been used throughout history as a weapon of oppression. Like 12 Years a Slave, to show it any other way would be dishonest. Part of the system of oppression was the rape of women and the beatings and killings of human beings who were “property.”

Set in Tasmania in 1825, during the colonization of Australia (the film was shot in Tasmania), The Nightingale is about an indentured servant and convict from Ireland, Clare (a stunning Aisling Franciosi), who has a loving Irish husband and a baby and toils in the household of the abusive British Lieutenant Hawkins (Sam Claflin). When Clare tries to flee after Hawkins rapes her, the punishment is nothing short of sadistic. Kent shoots these scenes with command and tension, from Clare’s point of view. You will want to look away but can’t because we already are invested in Clare and her survival.

The heart of the story is Clare’s pursuit of her tormentor when he sets off to town to seek a military promotion. Aiding Clare as she navigates the unforgiving outback is an Aboriginal guide, Billy (Baykali Ganambarr), who has and continues to suffer brutality by white men who’ve invaded his homeland and raped and murdered his family and tribe. In Twain fashion, Clare and Billy are the mismatched pair who, through adversity, grow to see one another’s humanity. But there is nothing cliched about their relationship or what happens as The Nightingale travels through the outback.

Known for her genius horror film The Babadoo”, which wowed critics and earned Kent a devoted following, The Nightingale is a thriller, war film, western and, yes, horror film in the sense that it is horrifying. Much like Warwick Thornton’s terrific 2018 film Sweet County, a frontier drama set in the 1920s Australian outback, Kent delivers scenes of stark beauty and sudden, devastating violence. Never for a moment did I doubt being grounded in this particular place or time. As merciless as the actions of the soldiers and other white men are in this story, never did I doubt that in real life the brutality and injustice was probably much, much worse.