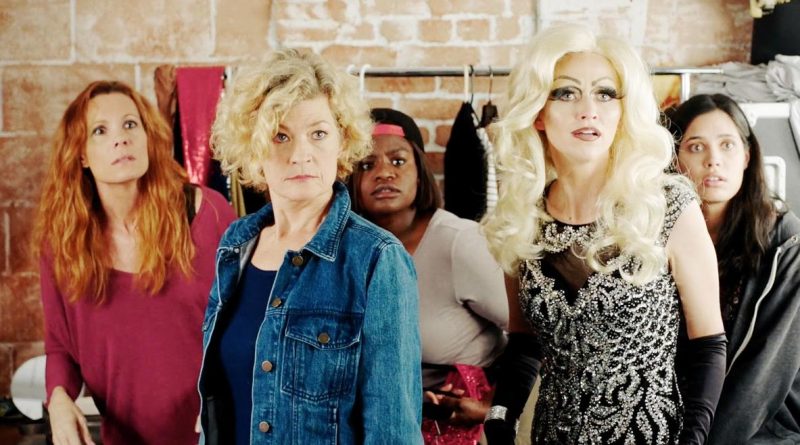 Sisters are doing it for themselves — on the screen and behind the scenes — in Miss Arizona.

Which is to its credit, considering the hardly amusing themes it addresses, among them homelessness, fractured families and the ever-growing divide between haves and have-nots.

To say nothing of how tough it can be to find (and define) yourself when everybody else has already done it for you.

Former beauty queen Rose Raynes (Johanna Braddy) leads an outwardly enviable life as the wife of a Hollywood talent agent (Kyle Howard), who hasn’t looked her in the eye since she gave birth to their son. That was 10 years ago — and Rose’s little boy wants nothing more than to declare his independence from his loving mom.

As for Rose’s independence, she’ll get her chance. But not before she’s drafted to offer a life-skills session at a neighborhood women’s shelter.

Rose breaks out her crown and sash, attempting to revive her 15-year-old Miss Arizona presentation: “Making Your Presence a Present.”

Their adventures lead them to, and through, a variety of raucous environments, including a nightclub where Rose’s pageant expertise proves particularly valuable.

As a result, even when the movie threatens to bog down in a swamp of been-there-seen-those antics, McAlpin’s breezy pacing — and her winning cast members — keep Miss Arizona on target.

Some familiar faces turn up in vivid supporting roles, notably Steve Guttenberg as a particularly smarmy colleague of Rose’s husband.

They’re all exceedingly pleasant company. As is Braddy, who brings an understated, undeniable sense of yearning to Rose, someone who’s lived most of her life hewing to the old beauty-queen rule: sit still and look pretty.