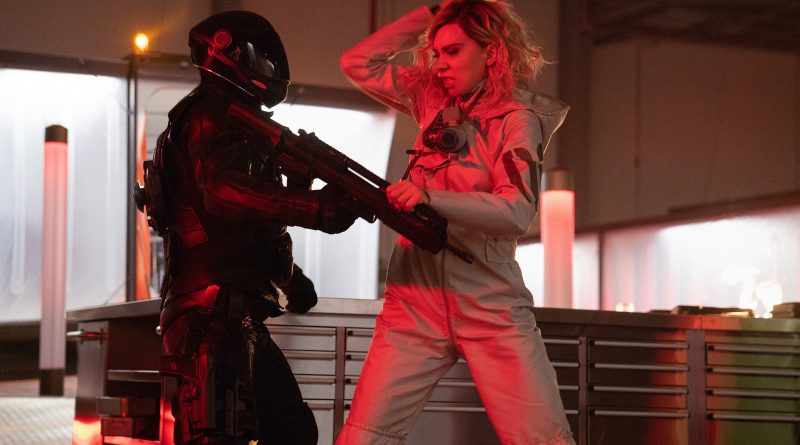 The first spinoff in the long-running blockbuster franchise has a lot going for it: Proven action stars Dwayne Johnson and Jason Statham star as the squabbling, superheroically skilled operatives, Golden Globe winner Idris Elba plays a compelling bad guy, and Vanessa Kirby, who co-starred in the practically Shakespearean (not to mention somewhat realistic) by comparison “Mission: Impossible – Fallout,” busts heads and any lingering damsel-in-distress stereotypes as a canny MI6 agent.

Mostly, though, “Hobbs & Shaw” has a lot of a lot, even for a series in which submarines and tanks outrun sports cars and the drivers of those souped-up racers routinely survive a perfectly timed slide under a semi-trailer, a leap from one racing vehicle to another or even a tumble over a cliff – all stunts recapped in the ninth installment of Universal Pictures’ all-time top-grossing franchise.

With “Hobbs & Shaw,” Johnson reprises his role as brawny, wisecracking Luke Hobbs, a former agent of the U.S. Diplomatic Security Service who first appeared in 2011’s “Fast Five,” while Statham again plays the slick and skilled Deckard Shaw, a British intelligence officer turned mercenary who made his series debut in 2013’s “Fast & Furious 6.” With the actors’ winning chemistry and their characters’ opposing styles, it’s easy to see why the filmmakers would want to reunite them after forcing them to team up in 2017’s “The Fate of the Furious.”

This time, Hobbs and Shaw are recruited by their respective governments to track down a rogue MI6 agent accused of killing her own black ops team and stealing the dangerous manmade virus they were supposed to intercept. That agent turns out to be Hattie Shaw (Kirby), Deckard’s estranged younger sister, who has been set up by a mysterious tech cult called Eteon. The point man for the bionically enhanced fanatics is self-proclaimed “black Superman” Brixton (Elba), who has a rocky history with Deckard.

If the writing was upgraded – at one point, Elba actually snarls the line “Genocide, schmenocide,” words it’s hard to fathom any human actually getting paid to write or say – “Hobbs & Shaw” might make for entertaining escapist thrill ride for about an hour and 45 minutes. Although the target audience might not mind the extra half-hour of runtime – my 12-year-old son enjoyed the film – after more than two hours of smashing, crashing and bashing, the adrenaline wears off, the eye rolls can’t be stopped and the latest “Fast & Furious” film feels slow and boring.