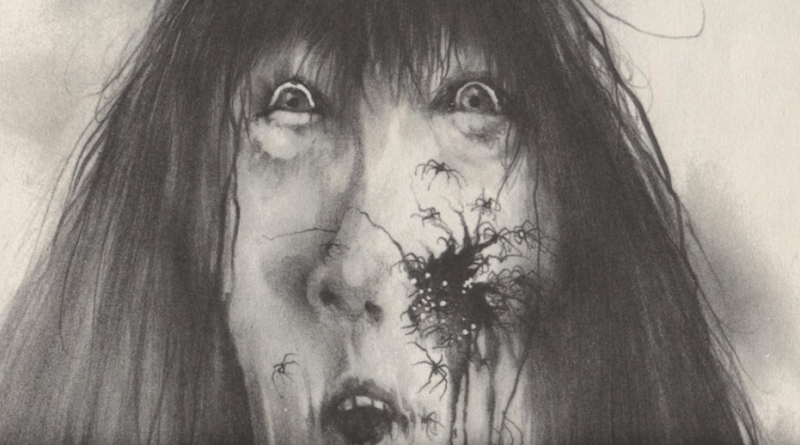 In the shadow of the Vietnam War and condemnation of fascism, a group of friends, led by aspiring writer Stella, whose mother abandoned her and her father (Dean Norris) several years ago, investigates a haunted house on Halloween.

In the small town of Mill Valley, Pennsylvania, the Bellows family mansion has cast a spooky shadow for years. It was there that young Sarah Bellows (Kathleen Pollard), now a vengeful ghost, turned her imprisoned life into a book of scary stories about memorable monsters that Stella and her friends discover.

Adapted by Dan and Kevin Hageman Lego Movie), the nightmarish episodes, directed by Norway’s Andres Ovredal (The Autopsy of Jane Doe), interweave lies with truth, exemplified by Sarah’s observation: “You don’t read the book. The book reads you.”

Like The Red Spot, in which a girl pops a pimple on her cheek, releasing hundreds of baby spiders that have incubated inside her. The Pale Lady featuring a fleshy figure with a smiling, misshapen face who relentless plods down a red-lit hallway. Jangly Man, who disassembles and reassembles while pursuing his prey. And the cockroach-oozing scarecrow Harold, taking revenge on his tormentor.

Andres Ovredal observes the psychological legacy of Schwartz’s books can be found on Twitter: “On social media, things can be manipulated and propelled into stories that have no grounding to reality, but people believe them.”

On the Granger Movie Gauge of 1 to 10, Scary Stories to Tell in the Dark is a squirmy, insidious 7, like TV’s Stranger Things, encouraging youngsters to face their fears and learn from them.