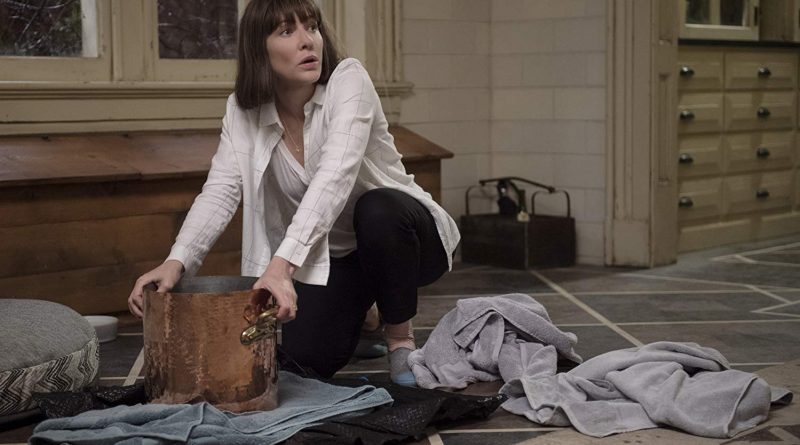 While I haven’t read Semple’s book, after watching the movie I want to now just to see how faithful Linklater and co-writers Holly Gent and Vincent Palmo Jr. stayed to the source material because something seems a bit off kilter with the film.

The movie struggles to find its footing as a serious drama and even a quirky, dark comedy. Yet, surprisingly, the juggling act mostly works thanks largely to Cate Blanchett’s fascinating performance.

Blanchett is at her best portraying conflicted and flawed characters. She won an Oscar for Best Actress for her role as an alcoholic socialite in 2013’s, “Blue Jasmine.”

She’s just as riveting here in Where’d You Go, Bernadette.

Blanchett plays Bernadette Fox and she’s a real hot mess. Bernadette wasn’t always this way. In fact, for almost 20 years she was a really big deal; a renowned and pioneering Los Angeles architect and recipient of a MacArthur “genius” grant. But, a series of devastating personal and professional setbacks stymied all Bernadette’s creativity and turned her into a bitter, pill-popping, agoraphobic recluse.

Now, she lives in Seattle with her Microsoft billionaire husband, Elgie (Billy Crudup, (Spotlight and Alien: Covenant) who is rarely home and their precocious 15-year-old daughter, Bee (newcomer Emma Nelson).

Bernadette hates Seattle. She hates almost everything except Bee. She also hasn’t shown much interest in renovating their new creaky, leaky 9,000 square foot home. It’s become an eyesore in the ritzy community they live in and that’s bugging the hell out of her nosy neighbor Audrey (a funny Kristen Wiig, TV’s Saturday Night Live), but Bernadette doesn’t care.

She continues to pick fights and distance herself from people. She does seem to listen to her old college professor and friend Paul Jellinek (Laurence Fishburne, TV’s Black-ish) who tells her that if she doesn’t get back to creating, she’ll become a menace to society.

Bernadette’s erratic behavior concerns Elgie enough that he insists she see a therapist (Judy Greer, TV’s Let’s Go Luna). As you might imagine that idea doesn’t go over well with her at all.

When Bee suggests the family go on a trip to Antarctica, Bernadette starts having anxiety attacks just thinking about how she’ll have to mingle and make small talk with people she doesn’t know or will like.

Everything leading up to the family’s big trip is interesting but plays out in such a plodding manner. The movie picks up when Bernadette decides she’s had enough and goes missing before they’re supposed to leave.

When Bernadette gets the nerve and makes her way to Antarctica, she has an epiphany while out among the penguins and whales. Her self-discovery soon makes her a woman with a purpose and better understanding of what matters most in life.

Linklater takes the scenic route and awkwardly draws out this drama to get here. By the time, Bernadette is reunited with Bee and Elgie, you’ll either be sympathetic toward her turn of events, or disappointed and angry.

While Where’d You Go, Bernadette is different and an acquired taste for sure, Blanchett’s performance is undeniably good.