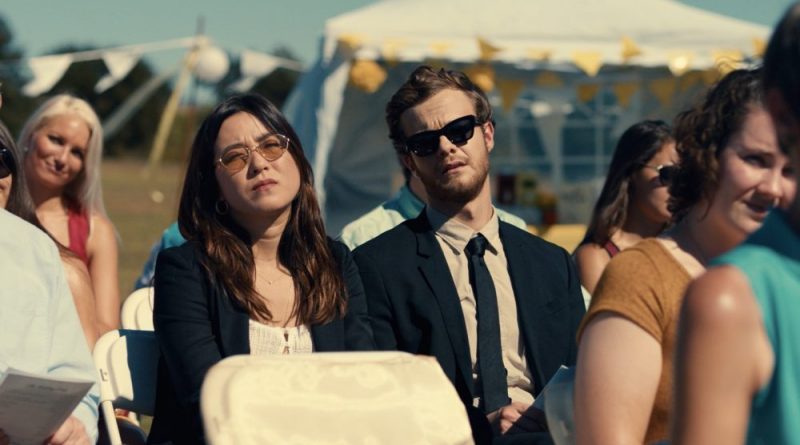 More than four weddings. Not even one funeral. That’s Plus One, a sassy yet charming romantic comedy that checks the genre’s required boxes, yet manages to find its own place in the crowd.

The Four Weddings and a Funeral reference is no fluke; beyond its multiple nuptials, Plus One boasts a hero whose approach-avoidance view of love all but guarantees stumbles and bumbles along the way.

If that sounds reminiscent of another rom-com classic (it should), there are worse movies to emulate than When Harry Met Sally.

As a plus, Plus One has a real-life When Harry Met Sally connection in leading man Jack Quaid, the son of Dennis Quaid and Sally herself, Meg Ryan.

A popular presence on the wedding circuit, Ben’s determined to resist any and all marital pressure — unless and until he finds The One.

Despite their undeniable bond, The One isn’t smart, tart Alice (Maya Erskine, co-creator and star of Hulu’s PEN15), Ben’s friend since college.

Lately, Ben’s been providing a shoulder for Alice to cry on, ever since her most recent romance ended — badly. (But of course.)

Between them, Alice and Ben have (too) many upcoming weddings to endure, in inevitable exile at the singles’ table. Unless each provides mutual moral support (and access to potential dates) as the other’s “plus one.”

No lavish gifts for those who figure out — long before Alice and Ben do — that, despite the fact that they’re wise to each other’s ways, they’re also fated to be mated.

Some of them involve Ben’s father (Ed Begley Jr.), who’s far more adventurous emotionally than his reluctant son. Naturally, Alice has her own family complications, notably an uninhibited mother (Rosalind Chao) whose ebullience covers an abundance of heartache.

Clearly, these parents’ endearingly offbeat offspring aren’t destined for a smooth, non-stop cruise on the highway of love. Yet, as Plus One reminds us, what’s the point of a journey if you don’t like the one sharing it?