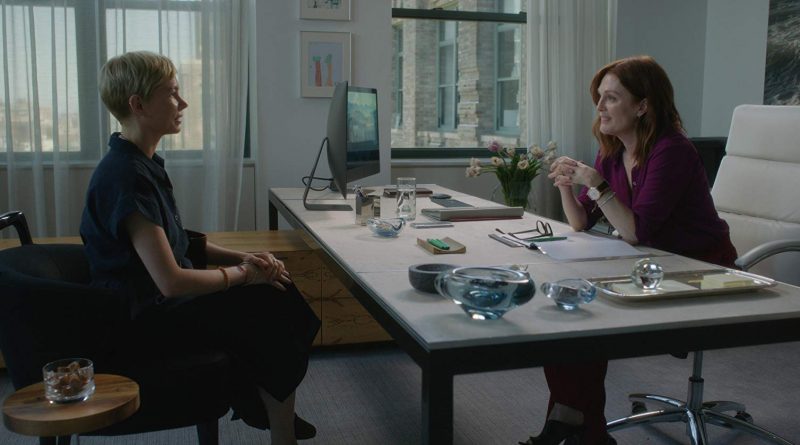 After the Wedding sinks into melodramatic excess

Some adaptations of foreign films work well, others don’t. This is the case with director Bart Freundlich’s After the Wedding, an American version of Danish director Susanne Bier’s 2006 film of the same title. This melodramatic rendering begins and ends with a drone shot over India, bookending a heavy-handed story of wealth vs. impoverishment, secrets and revelations.

The wearying events involve Isabel who cares for dozens of children in an orphanage in India. The promise of an enormous, desperately needed contribution brings her to New York and the plush estate of Theresa and Oscar, she the CEO of a media placement company she has built into the largest in the country, he a renowned sculptor. Their daughter Grace will marry the weekend after Isabel arrives, adding one more contrived complication. Isabel attends the ceremony at Theresa’s insistence and to Oscar’s shock, and this soap opera’s twists and turns take off, anger alternating with sentimental indulgence.

I won’t spoil any revelations, but most can be spotted a mile off. That the film works at all, and for me it really doesn’t, is a credit to superb acting. As Theresa, Julianne Moore (writer/director Freundlich’s wife) can cry with the best of them or erupt into laughter, sometimes annoyingly, at a moment’s notice. Michelle Williams as Isabel underplays her role skillfully, keeping the film from sinking into the dark hole of ludicrous developments. Billy Crudup gives Oscar a presentable demeanor as does Abby Quinn as daughter Grace. All deliver some fine interaction despite sophomoric dialogue, plus one absolutely silly metaphoric bird’s nest.

With today’s omnipresent information, shadow lives can be discovered and made public, and some decisions merit reconsideration. There are astonishing inequities between rich and poor in the U.S. and India, or almost anywhere in the U.S. But there’s a delicacy needed to presenting ideas for consideration, less can be more. Here the inequity is cast aside as the plot device it is, and the degree of Theresa’s stridency as an abusive boss telegraphs the lack of complexity with added misogyny. As a result, After the Wedding sinks under its own artless design.