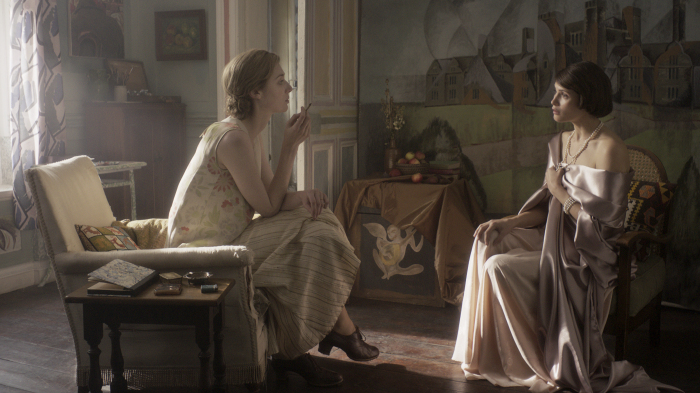 There is much to love about Vita & Virginia, the new release directed by Chanya Button, and co-written by Button and actress Eileen Atkins. Atkins adapted the story from her successful stage play, in which she starred as famed writer Virginia Woolf opposite Vanessa Redgrave, who portrayed her lover, socialite and intellectual Vita Sackville-West.

Much like the play, the film adaptation of Vita & Victoria is based on the real-life romance between Sackville-West and Woolf. and the script is based on the letters exchanged between the two women. It stars Gemma Arterton and Elizabeth Debicki as Vita and Virginia, respectively, and they fill the shoes of the two lauded elder stateswomen of British theater beautifully.

The magnetic attraction between Arterton and Debicki seems to draw the audience towards them both, holding us in thrall, even through their active self destruction and selfishness. The skill on display by these performers is impressive, but only as they relate to each other, which is as it should be, given the subject matter.

The characters in their orbit are made real and resonant by the actors embodying them, especially Emerald Fennell as Virginia’s sister, artist Vanessa Bell, and Isabella Rossellini, as Vita’s mercenary, intractable mother, Lady Sackville.

The score, by composer Isobel Waller-Bridge, gives a contemporary, and therefore timeless voice to the challenges of living both an authentic and unapologetically queer life.

The film suffers a bit from languid pacing that invariably works better onstage than onscreen, but we need and deserve stories centered on queer women in history, and Arterton and Debicki do an amazing job bringing these important figures to life.