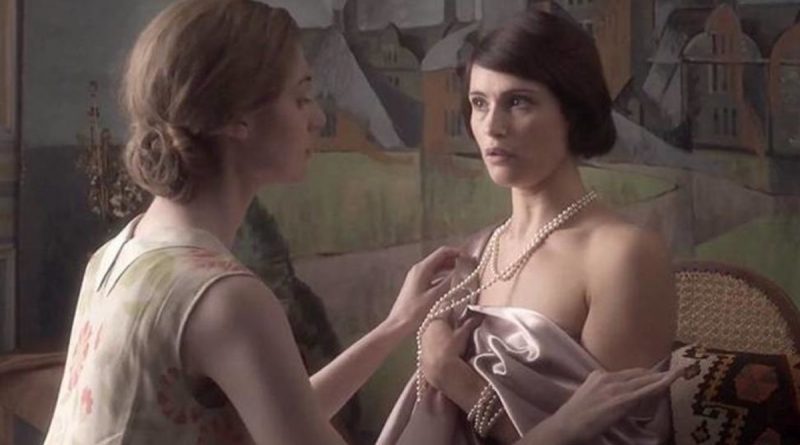 A movie about the legendary literary lesbian romance that directly inspired the creation of one of the great works of fiction, starring the absolutely incendiary duo of Gemma Arterton and Elizabeth Debicki? It’s criminal that Vita & Virginia is this dull. This blah. This, somehow, stodgy. There’s no passion to be found here: not sexual, not intellectual. (It’s arguable which is worse, but given how little screen time throughout history intellectual women have gotten, I’ll go with the latter.) How does this happen?

It’s 1920s London. (OMG the clothes.) Aristocrat and popular novelist Vita Sackville-West (Arterton) is a “promiscuous exhibitionist,” her disdainful mother (Isabella Rossellini) snipes. Vita’s husband, diplomat Harold Nicolson (Rupert Penry-Jones, sporting impressive historical facial hair), decries the “sapphic pageant” that is her life, as she engages in an endless array of dalliances with women. (They have a quietly open marriage, and he has dalliances with men. But he is a typical male hypocrite.) If only the depiction of Vita’s pursuit of fellow writer Virginia Woolf (Debicki) — a woman of a far more bohemian bent and beneath her, socially — exuded the deliciously sordid energy that her detractors speak of! Continue reading…