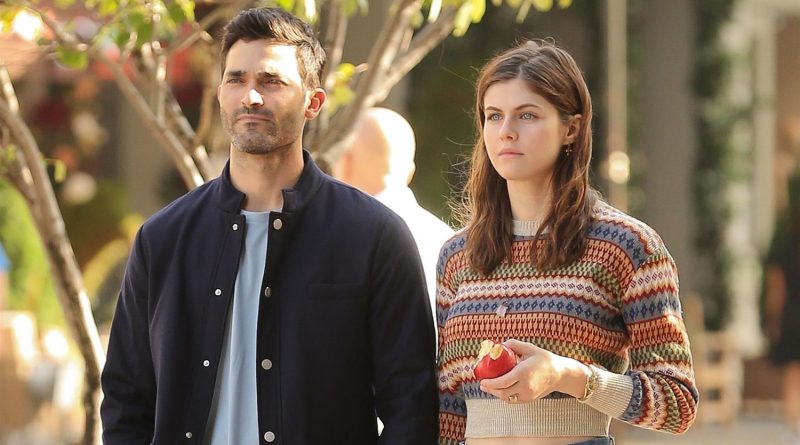 There’s nothing wrong with genre movies. There can be creative spins on them, of course, but watching a movie that hits the beats it’s supposed to hit and ends the way it’s supposed to end can be an easily-enjoyed pleasure. And, Can You Keep a Secret? does just that. Based on Sophie Kinsella’s best selling novel and helmed by Elise Duran, it bounces along nicely and, while there aren’t any huge surprises, sometimes that’s just fine.

Emma (Alexandra Daddario) is low in the hierarchy at her job and low on confidence everywhere. Already a nervous flier, after a few cocktails and a lot of turbulence, she starts blurting secrets large and small to the guy sitting next to her, figuring it’s no big deal if she tells a stranger every embarrassing thing that’s ever happened to her moments before she dies. But wait! They survive! And it turns out that Jack (Tyler Hoechlin), the guy sitting next to her, is her company’s new CEO! Oh nooooo!

In violation of every rule HR can write, Emma and Jack begin a secret romance because it turns out he likes that she’s weird and awkward (as so many romcom heroines have to be). And they have their ups and downs, and then there’s a big down, and then it all works out (oh, you knew that was going to happen).

The romantic storyline is actually the least interesting thing about Can You Keep a Secret? The real focus should have been on how Emma gains confidence in her life. Her relationship with Jack started that, but once she gets a taste of doing what she wants and getting what she deserves she finds she likes it. He’s the catalyst, but Emma’s arc is really about coming into her own aside and apart from her relationship. The most triumphant moment in the movie isn’t when Emma and Jack finally get together (YOU KNEW IT WAS GOING TO HAPPEN), but when in a meeting she tells the office bully “that was my idea. You stole it.”

Can You Keep a Secret? is a romcom, sure, and does what romcoms do in a perfectly acceptable manner, moving Emma and Jack to their final conclusion. If only a little more attention were paid to just to her instead of to both of them.