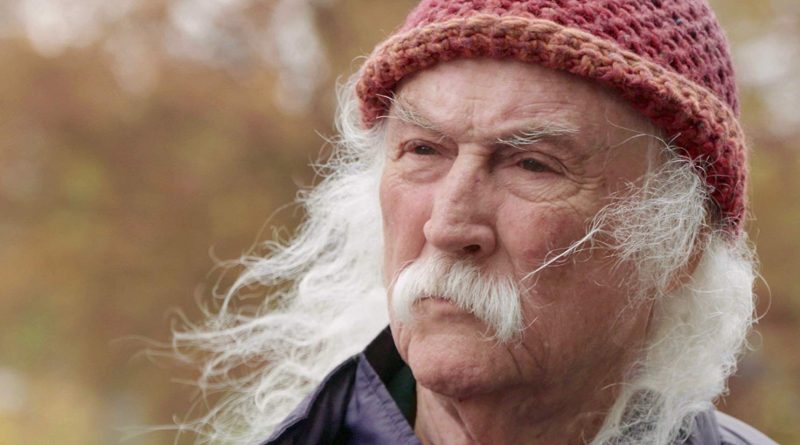 David Crosby: Remember My Name tells the story of a hot mess/genius.

David Crosby appeared as but one of the interviewees in the recent rock doc, Echo in Laurel Canyon. In this documentary, David Crosby: Remember My Name, he is front and center. Despite his current solo career, David Crosby will always be sharing the spotlight with Nash and Stills and Young and with The Byrds.

It was with the Byrds in Laurel Canyon that Crosby first found fame. The Byrds, beloved by the Beatles, was one of the first electric bands, formed, says Crosby, to get girls.

Director A.J. Eaton drives Crosby down Memory Lane, beginning with a Coltrane anecdote about being high in a bathroom back when drugs became more important than music. It’s a wonder that Crosby, who’s been at the forefront of rock for five decades, remembers this story, for he was often high or addicted through his early career.

Now, he is freighted with a medical history of heart attacks and stents. He has diabetes and a jail record, but all he wants to do is make music as long as he can. Which, at 78, is not long. “Music,” he explains, “is the only place I can contribute, the only place I can help.” He is eloquent and honest, sharp and sad.

He’s also an insufferable hot mess. Graham Nash says that Crosby “tore the heart out of CSN.” But Crosby is also a genius. That’s evident in the music he’s played — not nearly enough of it sounding in the documentary — and through the women and men he’s played music with.

He and Joni Mitchell are ex-lovers. He has been married since 1987 to Jan Dance, who weeps at the thought of losing him. “When the light goes out,” she says, “I hope it’s when he’s singing.”

The documentary uses interviews per usual, but it also incorporates silly animation, for example, when describing his being kicked out of The Byrds. David Crosby: Remember My Name records a life as rich as the music Crosby recorded. It’s well worth remembering.