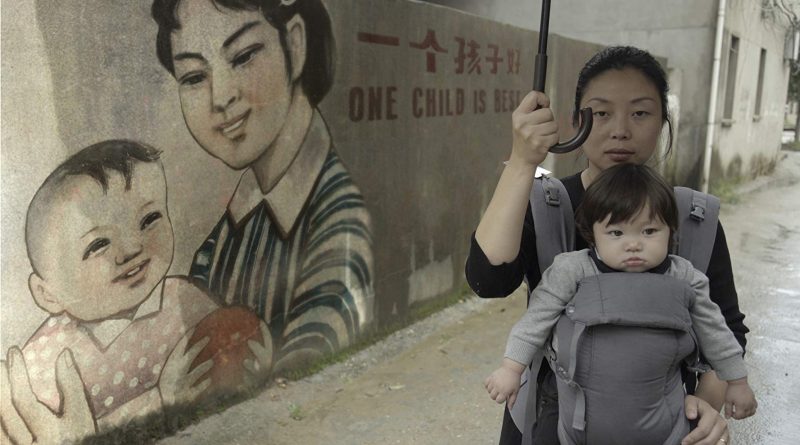 Reliable statistics are informative. Hearing the personal, painful stories of those reflected in numbers adds the emotional element to cold facts. That is what directors Nanfu Wang and Jialing Zhang bring to their documentary One Child Nation, a profound examination of China’s policy, introduced in 1979, mandating no more than one child per family to limit population growth.

Prompted by her own pregnancy, Wang travels from her home in Utah to Jiangxi, eastern China where she was born in 1985. Her interrogation of the obligatory family planning policy includes contemporary interviews as well as archival propaganda promoting, and none too subtly threatening, enforcement of one-child families. In this 89 minute documentary, Wang and Zhang illustrate the advocacy for this totalitarian program, including opera, theater and dance performances in cities and villages, an array of folk art (posters, banners, murals), matchboxes, lunchboxes, and various media presentations, some featuring children warning violators with detention and jail. In other words, China’s formal strategy reached far and wide.

Of note, the state allowed rural families a second child if a first baby was female because, according to social custom, girls, upon marriage, moved to their husband’s home to care for and support his parents. Chinese families, therefore, wanted only boys, with girls aborted, abandoned, trafficked, adopted after being left at orphanages, or killed outright following live births—all of this recounted by various practitioners.

These include midwives (one calls herself an executioner), state officials, and husbands and wives themselves. Individuals repeatedly endorse the law saying, “People used to starve to death.” They defend their actions, even when some, but not all, found them traumatizing, with, “We had no choice.” A midwife observes, “It was like fighting a war. Death is inevitable.” In just one of many chilling scenes, Wang’s uncle tells a horrific story of leaving a baby girl at a local market. One Child Nation takes personal experiences and state policy on with courage. In English and Mandarin with English subtitles.