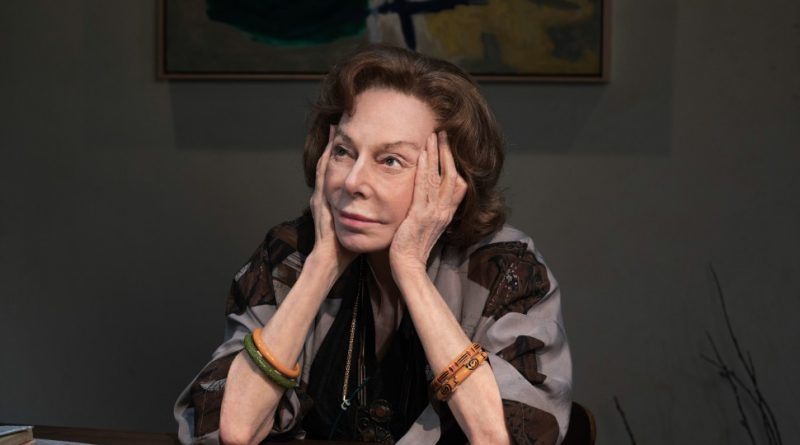 “In/Significant Gestures – Elaine May, Screen Performance, and Embodied Collaboration” is a chapter extract from the book Refocus: The Films of Elaine May, edited by Alexandra Heller-Nicholas and Dean Brandum and recently published by Edinburgh University Press. It is reproduced with permission. 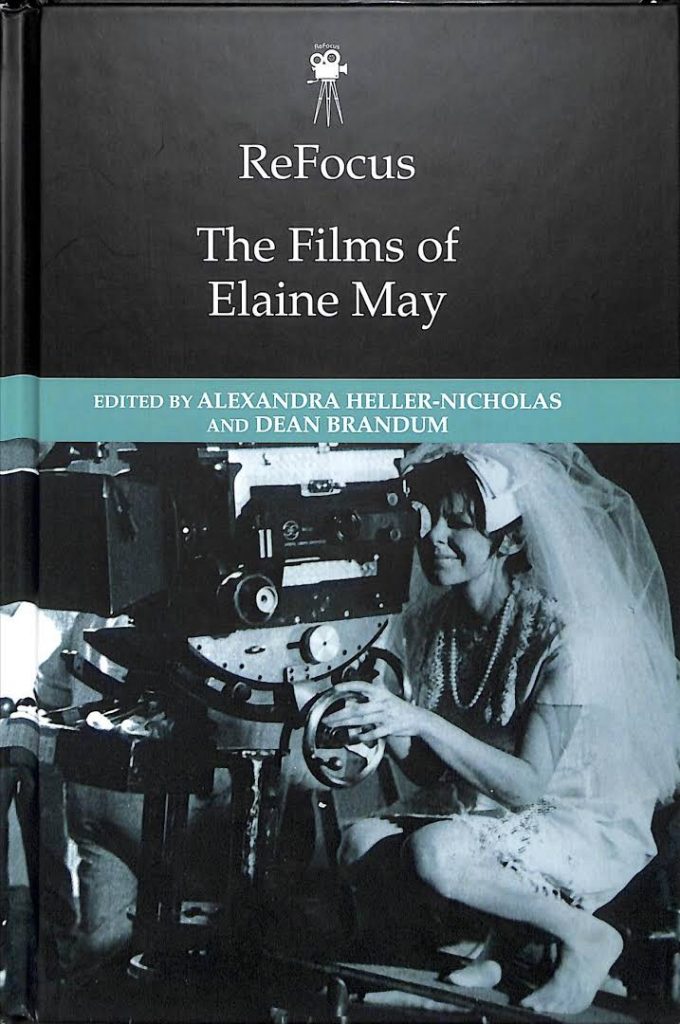 [Introductory note: With her recent Tony Award win for her celebrated performance in the Broadway run of Kenneth Lonergan’s The Waverly Gallery, the Elaine May renaissance is now (finally) in full swing. With her work as director and screenwriter either ignored or derided in the past – by both self-identifying feminist film critics as much as the mainstream press – May’s four feature films as director for some time felt like lost artefacts. However in recent years increasing reassessment of these films – 1971’s A New Leaf, 1972’s The Heartbreak Kid, 1976’s Mikey and Nicky and 1987’s Ishtar – has seen a rise in interest in May’s filmmaking career, leaving younger generations dazzled by her previously unrecognized donation to New Hollywood and older generations questioning how her pioneering status could have remained unacknowledged for so long. While ReFocus: The Films of Elaine May primarily examines her work as a filmmaker, this chapter turns to her work in front of the camera with a particular emphasis on her physical performance techniques.]

“She’s the finest actress I’ve ever worked with…and I’ve never expressed an opinion about a leading lady before. I’ve had opinions, but I’ve never expressed them. I think Elaine is touched with genius, like Judy Holliday. She approaches a scene like a director and a writer, not like an actor, and she can go so deep so fast on a scene, and her mind works at such great speed, that it’s difficult for her to communicate with other actors.” – Actor Jack Lemmon on working with Elaine May in Luv (Clive Donner, 1967)(1)

Six years after Elaine May and Mike Nichols called an end to their hugely successful comedy partnership at the behest of the former,(2) Thomas Thompson wrote a lengthy feature on Elaine May in LIFE magazine that would, as Sam Kashner noted, be May’s last really in-depth written interview until his own appeared in Vanity Fair in 2013.(3) While reflecting on Nichols’ newfound status as “a spectacularly successful Broadway and Hollywood director,” his enquiry is focused on another question, that of his feature article’s title: “Whatever Happened to Elaine May?”

In 1967 Elaine May returned to the screen, appearing as an actor on screen in a range of capacities in three films: Nichols’ own New Hollywood classic The Graduate, Carl Reiner’s Enter Laughing, and Clive Donner’s Luv, in which she co-starred with Lemmon and Peter Falk. At the time Thompson’s feature was published in July that year, these films had not yet been screened: Luv had just wrapped shooting, Enter Laughing was yet to be released in cinemas, and The Graduate (in which she only appears briefly in an anonymous-looking but beautifully filmed cameo) would not reach cinemas until December. Regardless, May as a screen actor already had a dedicated fan in Lemmon at least. “She put a 10% coating on top of her role, another level of ‘comedy by attitude’,” he continued. “She has one of the greatest pusses of all time, and some of our finest footage is where she’s not saying a word but just reacting.”(4)

Across her impressive career, the manifestation of Elaine May’s remarkable skillset reveals itself primarily through a three-pronged attack of writer, filmmaker, and performer. That these overlap so significantly in her 1971 debut feature film as director-writer-actor A New Leaf typify how difficult it is at times to individually extract each thread for analysis, yet this chapter seeks to do precisely that. With an eye towards May’s smallest and most nuanced movements and gestures, I argue that the foundations for what have made her so unique a comedy performer are apparent in her physical techniques from her early comedy career with Nichols, through to her most recent screen performance in Woody Allen’s 2016 Amazon series, Crisis in Six Scenes. May’s gestures – particularly the movement of her hands, often right down to the very ends of her fingertips – throughout her career as a performer frequently suggest either actual self-control and assuredness, or (even more interestingly perhaps) belie at their most extreme when assessed and in terms of dialogue and context a desperately feigned performance of control and assuredness. In these latter cases, comedy often arises when those expressions of confidence are obviously very far from the truth. As an actor, May’s body reveals a reality that her character’s words often do not or cannot.

“Acting came first in the chronology of Elaine May,” Thompson notes, recounting the oft-cited tale of her being effectively born into the theater through her father.(5) From this perspective it is unsurprising then that later critics would place emphasis on May’s understanding of the nuance of performance. In his review of Ishtar at the time of its release, David Ansen, for example, pinpoints May’s greatest talent as lying within her deep understanding of “the inside moves, the comedy of social embarrassment, the offhand behavioral ties of her actors that will suddenly bring a scene to fresh satirical life.”(6) In 2016 – also discussing her directorial talents on Ishtar – Richard Brody noted that “Her comic framings, her sense of distance and proximity as well as timing, are matched by her sense of gesture and inflection.”(7)

Yet as a performer in her own right, May was not just gifted but highly trained: while Nichols studied Method Acting with Lee Strasberg, May herself was under the tutelage of the revered Maria Ouspenskaya, a renowned teacher and character actor in her own right.(8) According to Edward Dwight Easty, Ouspenskaya was a Russian ex-pat who formed a splinter group from her original teacher Stanislavsky, and her teaching methods heavily emphasized what were called “animal exercises,” which Easty describes as “a limitless number of acting exercises in animal characterization” that have in part the purpose “to assist the actor in a more complete understanding of his fellow man in order to portray him more truthfully.”(9) Ouspenskaya would also teach Lee Strasberg, who would famously open his own acting school in the United States,(10) and Ouspenskaya’s focus on the physicality of “animal exercises” and how they assist an actor to engage with others is fundamental to how May uses her body (even its slightest nuance) as the cornerstone of her performance technique…

…As I argue in this chapter, as a screen actor(11) May has utilized across her career an enduring and dynamic performance toolkit within which sit a number of key gestures, reutilised and redeployed in different ways for different – and sometimes even contradictory – results…Her key screen performances including Luv, Enter Laughing, A New Leaf, California Suite (Herbert Ross, 1978), Small Time Crooks (Woody Allen, 2000) and Crisis in Six Scenes (Woody Allen, 2016) in a linear chronology…out how these precise performative movements not only play a significant part in her own character development, but also exist almost always in direct relationship to another actor, rendering her performance technique as not merely embodied but wholly collaborative. As Lemmon said of working with May on Luv in the context of mainstream Hollywood: “it was a marvelous experience to act with somebody and not at somebody. It’s damn rare out here.”(12)