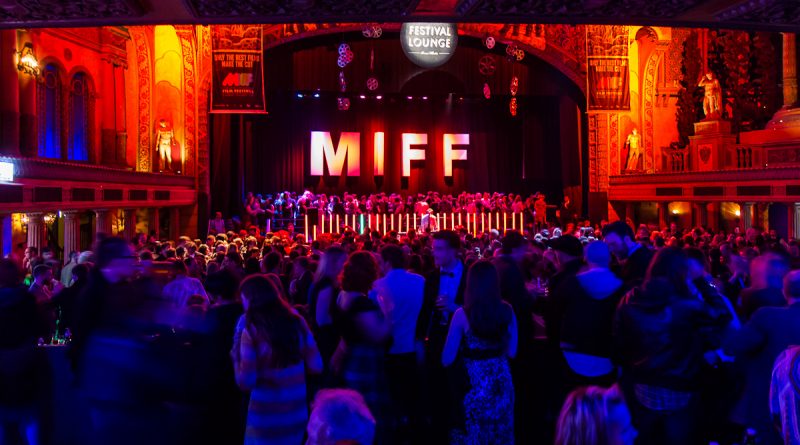 Topping off a stellar year for the work of women in the film industry at the 68th iteration of the Melbourne International Film Festival in Australia, that Jennifer Kent’s The Nightingale won The Age Critics Award for the year – the most esteemed accolade the festival has on offer – comes as little surprise to those who have seen it. Writing in The Age newspaper who issues the award, highly respected Australian film critic Sandra Hall wrote of Kent’s fearless sophomore feature “We found Jennifer Kent’s depiction of early 19th century Tasmania utterly convincing…At the same time, the film’s portrayal and condemnation of violence against women is just as pertinent today as it was then.”

Kent’s film was not the only big-name woman-directed film to leave Melbourne audiences gasping for air, with Céline Sciamma’s Queer Palm-winning 18th century love story Portrait of a Lady on Fire topping numerous “best of the fest” lists for critics and audiences alike. The festival offered even further delights for admirers of Sciamma’s work, her 2014 film Girlhood screened with a live score by Zambian-born Australian neo-soul/rap artist Sampa The Great.

Aside from a Closing Night Gala that welcomed filmmaker Lulu Wang to Melbourne to share her acclaimed Awkwafina-fronted family drama The Farewell with Australian audiences, MIFF attendees were treated to a range of breath-taking women-directed cinema from around the world including the all-woman directed portmanteau film Vai made by and about Pasifika women, Maryam Touzani’s Moroccan film Adam which recently screened in the Un Certain Regard program at Cannes, Angela Schanelec’s I Was at Home, But which saw her awarded the Silver Bear for Best Director at this year’s Berlinale, and Joanna Hogg’s Sundance Grand Jury Prize winning The Souvenir, starring Honor Swinton Byrne and her mother, Tilda.

But local eyes were as keenly focused on locally-produced films as much as the big-name international imports. The popular Centrepiece Gala was a screening of Abe Forstyhe’s Little Monsters, a zombie-romantic comedy (zom-rom-com, if you will) starring https://awfj.org/blog/2019/05/14/whats-up-down-under-melbourne-iff-screens-maya-deren-films-to-live-score-alexandra-heller-nicholas-reports/ in an unforgettable performance as a kindly kindergarten teacher in an Australian school who is forced to protect her class from a plague of the undead while dealing with the clumsy affections of one of her student’s crush-ridden uncles. Sporting a bright yellow sundress and keeping her class entertained with her Taylor Swift covers played on ukulele, between Jordan Peele’s Us and Little Monsters Nyong’o is one of 2019’s most unexpected but delightful horror superstars.

Australian women filmmakers turned their attention to other genres across a range of films including Mirrah Foulkes’s feminist puppetry revenge film Judy and Punch, Sophie Hyde’s girls-gone-wild comedy-drama Animals, and the world premiere of Kim Farrant’s maternal thriller Angel of Mine starring Noomi Rapace, loosely inspired by Safy Nebbou’s 2009 French film L’Empreinte de l’ange. Other notable Australian woman-directed films include Imogen Thomas’s Indigenous coming-of-age tale Emu Runner and the documentaries In My Blood It Runs by Maya Newell about the contentious issue of education and Indigenous children in Australia’s Northern Territory, and the sex-positive, age-positive portrait of an Australian feminist porn star Morgana, co-directed by Isabel Peppard and Josie Hess.

For those with a taste for less contemporary cinema, MIFF once again did not fail with its much-anticipated retrospectives; two of its three “Directors in Focus” retrospectives focused on the careers of Agnieszka Holland and Penelope Spheeris, while other highlights included the rare opportunity to see Lina Wertmüller’s Seven Beauties (1975) Nietzchka Keene’s stunning The Junper Tree from 1990, featuring an exquisite performance by Icelandic art-pop star Björk.

It was another music icon, however, who perhaps brought one of the most memorable big-screen viewing experiences to Melbourne, when Sonic Youth’s iconic Thurston Moore provided a live score to a series of films by pioneering avant-garde filmmaker Maya Deren, including of course her celebrated 1943 experimental short Meshes of the Afternoon. Combining the old with the new, the Moore/Deren project highlighted what makes MIFF such a long-held Melbourne institution; by simultaneously experience the best and the brightest movies from around the world while looking back and cherishing the artform’s past, both critics, filmmakers and audiences alike have an annual opportunity to reflect on where the city is faced in the broader context of the cinema’s future.