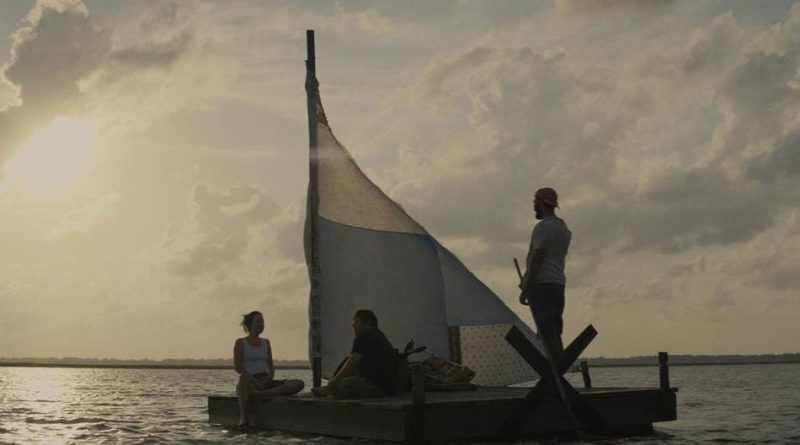 The Peanut Butter Falcon has heart and humor.

Inspired by their friendship with Zack Gottsagen, a young man (twenty-two) with Down syndrome, writers/directors Tyler Nilson and Michael Schwartz knew they had to make a movie honoring Zack. As some previous efforts featuring differently abled individuals have shown, it isn’t easy to avoid patronizing or sentimentalizing the subject, plus Nilson and Schwartz had never made a film.

Even more credit, therefore, for The Peanut Butter Falcon, their labor of love; a charming, entertaining hour-and-a-half that left the audience with whom I screened it elated, even a bit giddy. Additional kudos to these co-writers in casting Zack who, in fact, has Down syndrome, and then never condescending to him, which would probably be impossible given Zack’s infectiously warm personality.

The setup is simple. With uninformed prejudice that often projects stupidity onto those different from the norm, the state has placed Zak (same name without the c) in a nursing home. With the help of his roommate Carl (a terrific Bruce Dern), Zak runs away with the responsible nurse Eleanor (a sweet, spunky Dakota Johnson) in pursuit. Zak soon meets up with Tyler (a surprisingly marvelous Shia LeBeouf), on the run from crab fishermen whose pots he’s destroyed. With an explicit nod to Mark Twain whose tone they desired, there’s a raft involved as Zak and Tyler strive to float from Georgia to Florida. Zak’s sole interest is to meet his WWE idol Clint/the Salt Water Redneck, a solid Thomas Haden Church. The wrestling name Zak takes has an amusing origin and a delightful payoff, neither of which I’ll reveal here, which gives the film its title.

Shot on location in Savannah, Georgia, the landscape figures prominently in several scenes: water in particular as it delivers danger at one point and a healing baptism in another. Dueling baptisms define the polar opposites of Zak’s and Tyler’s personalities: Zak ebullient, optimistic, cheerful; Tyler angry, vengeful, negative. The music adds a powerful element to many scenes and transitions. At a Q&A at a screening here, Nilson and Schwartz said they wanted The Peanut Butter Falcon to be timeless, they wouldn’t allow anything to feel new, going for patina or rust. I have the pleasure of saying they succeeded. It is timeless and a triumph. Check listings.