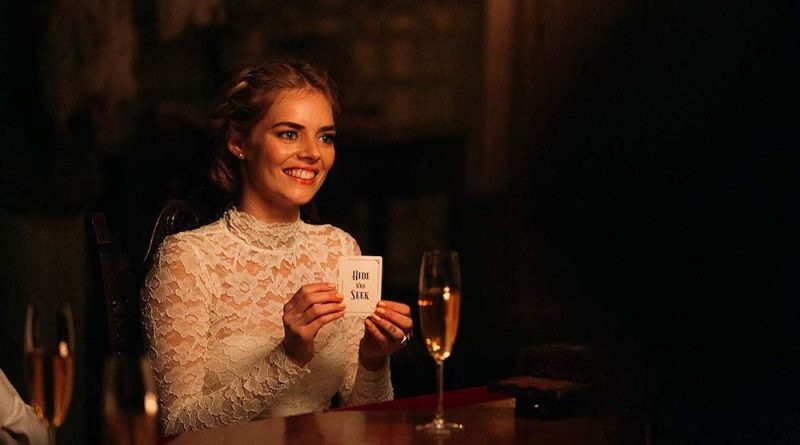 If “Ready or Not” managed to be half as witty as its makers think it is, the bloody black comedy would be brutally hilarious.

Unfortunately, it is a brutal disappointment, with a delicious premise that turns out to be a bland, gore-soaked mess rather than the macabre satirical feast I expected.

The setup is so promising that I was ready for a horror-comedy that would outperform its lethal late-August release date. Raised in foster homes, luminous bride Grace (Samara Weaving, TV’s “Ash vs. Evil Dead”) can’t wait to marry her adoring fiancé Alex Le Domas (Mark O’Brien) and become part of a real family, despite the groom’s misgivings. After all, Alex comes from a closed-off, traditional, old-money clan, so with the exception of his mother (Andie MacDowell), who is grateful to have her wayward youngest child back in the fold, the Le Domases don’t give Grace the warmest of welcomes.

Eager to win their favor, Grace agrees to participate in a family custom: In a nod to the Le Domas’ gaming empire, any incoming bride or groom must pick a card at random and choose a game for the family to play on the wedding night. Although she doesn’t realize it at first, Grace manages to pull the one deadly card in the deck: hide and seek.

While she hikes up her puffy white gown and finds a place to hide in the sprawling mansion, Alex’s relatives – including his determined father (Henry Czerny), remorseful, alcoholic brother Daniel (Adam Brody), morbid aunt Helene (Nicky Guadagni) and spoiled, drug-snorting sister Emilie (Melanie Scrofano) – arm themselves with old-fashioned weaponry and go seeking. Tradition dictates that they must kill Grace and submit her to an ancient ritual before dawn or disaster will behalf the clan, but Grace gets tipped off to the game early on and boasts a well-honed survival instinct, which comes in mighty handy (although maybe not as useful as actually having even one friend who might come to her wedding and perhaps even the odds).

Writers Guy Busick and Ryan Murphy clearly want to take on the self-centered entitlement of the rich with the same horror-comedy ferocity that Jordan Peele smacked down racism in his Oscar-winning hit “Get Out.” But “Ready or Not” isn’t nearly as smart or sharply written, coming up short on both consistent laughs and true scares.

Rather than delivering on the promise of the premise, “Ready or Not” lurches unevenly and a bit smugly through the twisty halls of Le Domases’ “Clue”-like mansion with little of the 1985 murder-comedy’s boundless charm. Potentially uproarious bits about the family members’ incompetence with their aged weapons elicit only a few weak chuckles, and lines like “The rich really are different” fall flat, no matter how many f-bombs are added to liven them up. So, directors Matt Bettinelli-Olpin and Tyler Gillett turn to that tried-and-true horror technique of ladling on the carnage, until many scenes are literally washed in fake blood.

Since the filmmakers prove that there are no lines too outlandish for them to cross, “Ready or Not” kept me watching to the end just to see what happened. But it didn’t make me laugh much, and it sure didn’t make me care, despite Weaving’s all-in performance. It just made me wonder what might have been if the moviemakers had been ready to turn their brilliant concept into a truly compelling film.