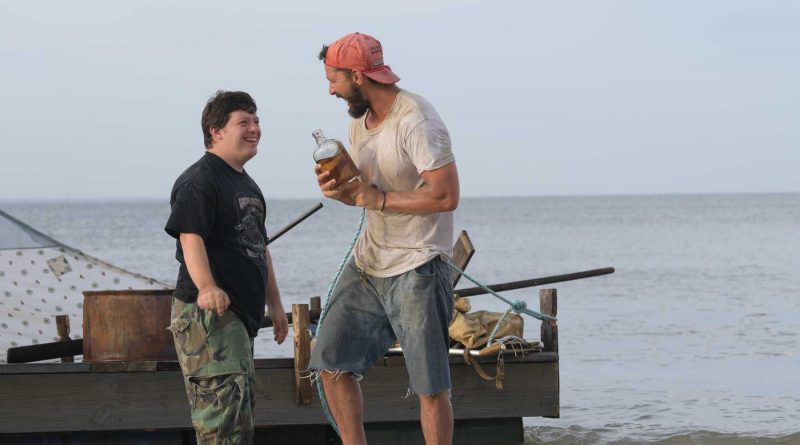 Now that Hollywood is striving for more inclusion, audiences can see stories about those who, previously, were shunted to the sidelines – like Zack Gottsagen, who has Down syndrome.

After writer/directors Tyler Nilson and Michael Schwartz met Gottsagen at a symposium for disabled actors, they created this film about a young man with Down syndrome who is determined to pursue his dream of attending pro-wrestling school.

“Growing up in Florida, Zack wanted nothing more than to be a movie star, and we were having that hard conversation, telling him there’s just not a lot of roles for someone like him,” Schwartz recalls. “He said, ‘Let’s just do it together.’” So they did.

Like a modern Mark Twain adventure, set in North Carolina, it revolves around Zak (Gottsagen), a runaway from a residential nursing home, joining Tyler (Shia LaBeouf), a thief on-the-run who becomes his unlikely confidante and coach. Together, they elude capture in the seaside grasslands, swim, catch fish and drink whiskey as they travel down Pamlico Sound.

When Zak’s caseworker Eleanor (Dakota Johnson) eventually catches up with them, they convince her to join them on their quest to find Zak’s wrestling idol, The Salt Water Redneck (Thomas Haden Church).

After writing the script but unable to raise funding, Schwartz and Nilson saw an Instagram message that Josh Brolin posted on Dec. 31, 2015, indicating he wanted to “give something back in 2016.” Immediately, they DM’ed him; he got back to them within 10 minutes, indicating he’d be happy to help.

Brolin had intended to appear in the film but scheduling for “Deadpool 2” precluded that. Yet his involvement opened doors for the inexperienced filmmakers. Soon, Dakota Johnson, Shia LaBeouf, Bruce Dern, and John Hawkes signed on, along with pro-wrestlers Mick “Mankind” Foley and Jake “The Snake” Roberts.

After winning a prize at this year’s SXSW Film Festival, this charming film got distribution and garnered critical acclaim.

On the Granger Movie Gauge of 1 to 10, “The Peanut Butter Falcon” is an inspiring 8, a feel-good film.