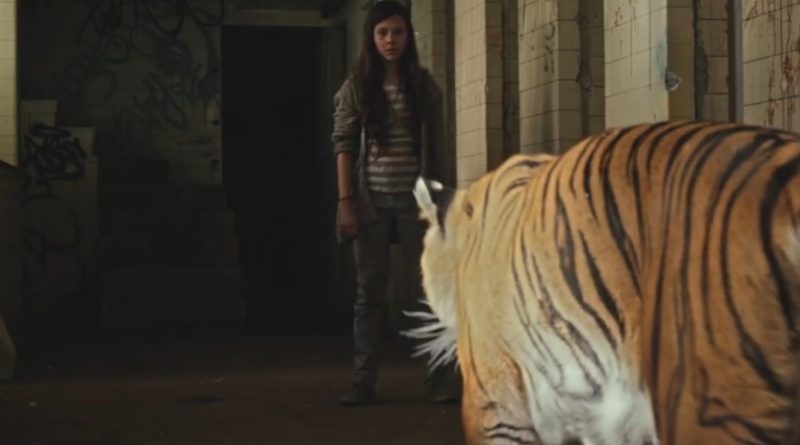 Issa Lopez sets her raw and gripping fantastical tale in an unnamed Mexican city that’s been ravaged by warring drug cartels, the population decimated by ongoing violence, leaving elderly and children as victims in its wake.

The city is like a lawless ghost town in a western, where neglected kids peer from the shadows and play just feet away from a corpse; where shots ring out at random; and where everything in sight is broken, defaced and abandoned. But Lopez counters this brutal reality with unexpected flights of fancy that make Tigers Are Not Afraid a grim fairly tale told from the children’s perspective, particularly that of Estrella (Paola Lara), a young schoolgirl whose mother suddenly disappears in the midst of routine street violence.

It’s a bold and ambitious choice to depict horror and trauma not just through documentary realism but through magical realism, as Lopez uses imagination and the imagery of fables to heighten the fear and emotional devastation of her young protagonist.

In this chaotic brutal world, blood runs in a trail across the walls of the house; a graffiti drawing of a tiger comes to animated life; and imagery of birds, insects and animals are a recurring motif. Estrella joins four scruffy orphaned boys to search for her mother in the dangerous underworld of the drug trade that has ravaged the city and the lives of its people. Like the heroines of fairy tales, she bravely faces the danger and darkness that is a constant presence in Issa Lopez’s gripping, heartbreaking drama.