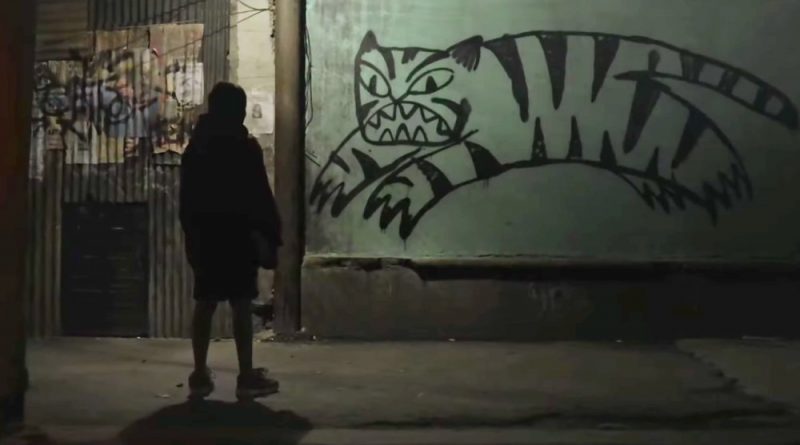 Tigers Are Not Afraid, infused with a sense magical realism and featuring some rather gripping performances by child actors, is a gritty cinema-verite crime drama that feels like Peter Pan, the Lost Boys and Wendy met in Pan’s Labyrinth while protecting each other on the mean streets of Mexico. As drug wars regularly break out and gunfire is a regular occurrence, young children define themselves as warriors and fend for themselves in a parent-less jungle where crime, corruption and danger lurk around every corner.

Writer/director Issa Lopez’s Spanish-language genre mash-up often promises more than it can deliver but it is helped by a group of compelling youngsters on screen. At the center is Estrella (Paola Lara), a brave tween-age student who receives three pieces of chalk from her teacher that have special supernatural powers as a shoot-out occurs outside her classroom. The bits of chalk represent three magical wishes she can make.

After she discovers her mother is nowhere to be found at their home, Estrella joins a band of orphaned boys who are hiding out from adult criminals after their ring leader, Shine (Juan Ramon Lopez), steals a cell phone and a gun from one of the bad guys.

Lopez effectively uses a snake-like stream of red whenever Estrella employs one of her three wishes and not always good spirits are summoned. Yes, children are put in harm’s way and some are killed – which leads Estrella to accept the reality of her circumstances. But I was most intrigued by Lopez, who works hard to be tough but can’t help but react as a child rather than a street thug at times.