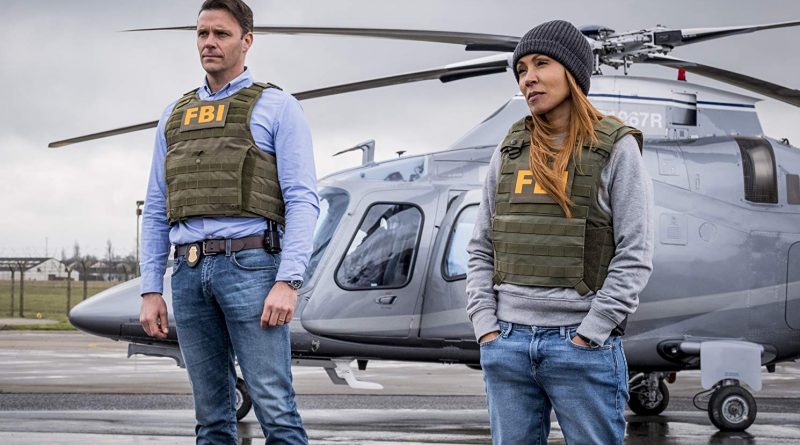 As blunt as a machine gun stock to the back of the head and as subtle as the many explosions that propel the predictable plot, the stalwart sequel “Angel Has Fallen” manages to marginally outstrip its pedestrian pedigree thanks to steady supporting players and stirring action sequences.

The follow-up to 2013’s “Olympus Has Fallen” and 2016’s “London Has Fallen” – entries both pulled in about $200 million at the worldwide box office, but it’s not necessary to have seen them to follow the threequel – sees Gerard Butler reprising the starring role as tough, resourceful Secret Service Agent Mike Banning, who is grappling with the physical fallout from a lifetime spent as a modern-day warrior.

As President Allan Trumbull’s (Morgan Freeman) most trusted bodyguard, Mike is the natural successor to retiring Secret Service Director Gentry (Lance Reddick), but before he can accept the job, the president is targeted in a high-tech drone attack that leaves Trumbull in a coma.

With Mike the sole survivor of the president’s security detail, dogged FBI Agent Helen Thompson (Jada Pinkett Smith) quickly arrests him for the assassination attempt, and hawkish Vice President Kirby (Tim Blake Nelson) quickly seizes evidence that Mike was colluding with the Russians as cause to ready for war.

Naturally, Mike manages to escape federal custody, declare his innocence to his worried wife (Piper Perabo) and goes on the run, determined to clear his name and protect the president. He is ably assisted by his estranged father Clay (three-time Oscar nominee Nick Nolte, who steals the show), a Vietnam War veteran who prefers to live off the grid.

The screenplay by Robert Mark Kamen, Matt Cook and director Ric Roman Waugh telegraphs every plot point so obviously that even a schoolchild will know whodunnit and why – not that any child should see this movie since Waugh’s leans into the R rating, violently racking up a stunning body count. With his deep resume as a stuntman, the writer-director also strings together adrenaline-pumping chase sequences, from a nighttime road race that puts Mike behind the wheel of a semi-tractor-trailer to a cat-and-mouse pursuit through a surprisingly dangerous hospital.