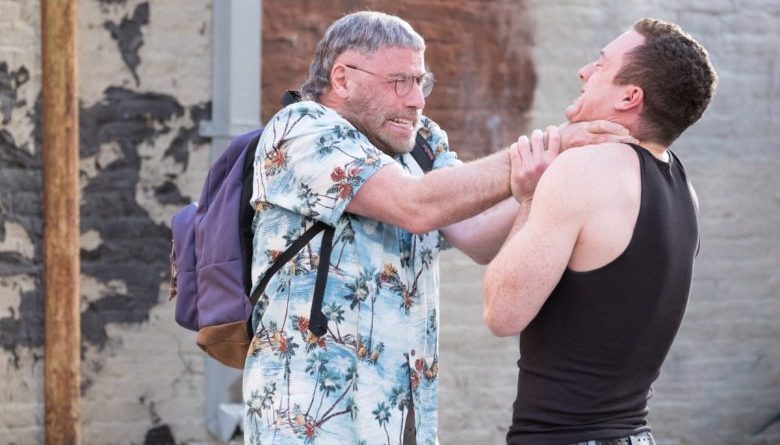 John Travolta is one of our most iconic actors with his wide range of roles from Grease to Saturday Night Fever and then his triumphant comeback in Pulp Fiction. His portrayal of hitman Vincent is sexy and cool. It reminded us what we had been missing after years of mediocre roles. Travolta was a bonafide Hollywood movie star. That’s what makes him producing and starring in a The Fanatic so damn perplexing.

While never flatly stated in the film, Travolta’s character Moose is very clearly on the autism spectrum. Bouts of echolalia, full-body rocking, and expressly missing social cues lead the audience to feed off his anxiety.  Sounds like a superb character study but to be quite frank, Travolta’s over the top idiosyncrasies are borderline offensive. Continue reading on I SCREAM YOU SCREAM.