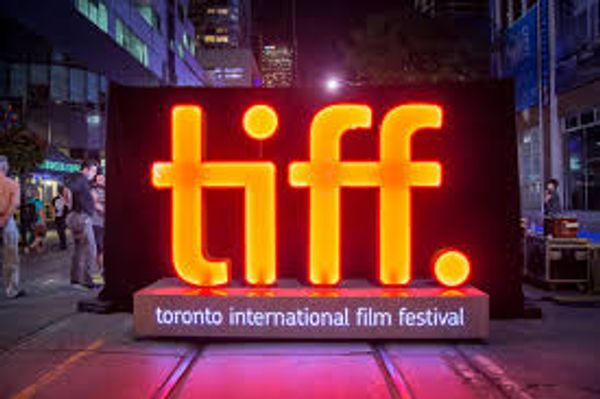 As powerfully demonstrated at the 2018 Toronto International Film Festival with movies including Emma Tammi’s crowd-pleaser The Wind and Carolina Hellsgård’s feminist zombie film Endzeit – Ever After, assumptions that horror is strictly a boys club are notably passé. This year’s iteration of the festival – running from 5 – 15 September – presents even further proof that women filmmakers are a creative, original force to be reckoned with when it comes things that go bump in the night.

The World Premiere of British filmmaker Rose Glass’s Saint Maud promises to be a highlight of the beloved Midnight Madness program based on its premise and striking promotional imagery alone. Built upon the long, rich tradition of theological horror films that span from William Friedkin’s The Exorcist to Aislinn Clark‘s The Devil’s Doorway, Saint Maud follows the introverted nurse of the film’s title (played by (Morfydd Clark) who channels the emotional fallout from a past trauma into her intense religious faith. When an extremely ill patient is placed in her care, Maud’s devotion to Christ and need to prove her dedication to her faith begins manifesting in disturbing ways.

Another World Premiere at TIFF this year showcases the feature film directorial debut of another horror filmmaker, Neasa Hardiman. Hailing from Ireland, Hardiman’s Sea Fever traces young marine biologist Siobhán (Hermione Corfield), who is as dedicated to her studies and life below the sea as she is a fish out of water when it comes to confident, comfortable social interactions with her own species. On a research trip on board a fishing trawler, Siobhán’s lack of social skills, the superstitions of the crew and the repressed worries of those in charge of the expedition come to the fore when they encounter a mysterious, unidentifiable sea creature.

From Poland, multiple-award winning filmmaker Malgorzata Szumowska returns with the World Premiere of her English-language debut, The Other Lamb. Set in an all-woman cult, the film follows Selah (Raffey Cassidy), a young woman born into the group who begins to question their way of life, dominated as it is by their male leader, Shepherd (Michiel Huisman). Isolated from the rest of the world, Shepard’s control over the women is spiritual, emotional and sexual, and a series of events forces the independently-minded Selah to address concerns that have been increasingly plaguing her.

Elsewhere at the festival, Laotian-American filmmaker Mattie Do makes her much-anticipated return with her third feature film, The Long Walk. Along with her two previous films Chanthaly (2012) and Dearest Sister (2016), Do’s latest film also finds her attentions focused on the presence of spirits – frequently framed through a vernacular folkloric lens – to tell a poignant, moving story centered around interpersonal relationships and family histories. Mapping the experience of her central character across boyhood to middle-age, his relationship to both those in his small village in rural Laos and the spirit of a girl who died in an accident when he was a child intersect with what promises to further solidify Do’s status as one of the strongest filmmakers from the region.

For those who prefer their monster tales with softer edges, the World Premiere Gala Presentation of Jill Culton’s highly-anticipated animated feature Abominable from DreamWorks Animation guarantees a viewing experience suitable for the whole family. In a heart-warming turn away from the monstrous folkloric figure of the Westernized Abominable Snowman, this film follows Yi (voiced by Chloe Bennet), who befriends a young Yeti and dedicates herself to returning him to his family, while being pursued by adults with less than wholesome reasons for wanting to keep him confined.