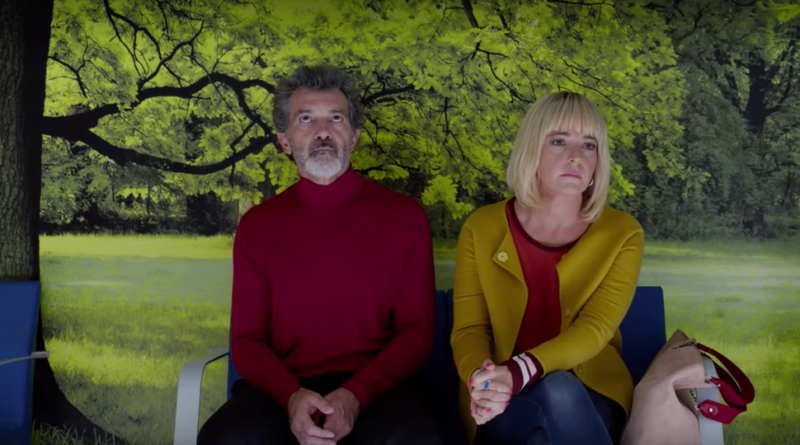 Between Pedro Almodóvar’s Pain and Glory and Abel Ferrara’s Tommaso, 2019 is firming up as the year where cinema’s one-time bad boys have paused for some critical self-reflection. Both movies concern middle-aged filmmakers – fictional yet thinly disguised stand-ins for the directors themselves – who have hit a bump in the road, reflecting on where they have been in an attempt to gain some kind of hold on their presents and futures. Both find each director collaborating once again with long-time muses; Willem Dafoe in the case of Ferrara’s Tommaso, and Antonio Banderas putting in an extraordinary performance in Almodóvar’s Pain and Glory that garnered him a Best Actor award at Cannes, where the film also competed for the Palme d’Or.

Making its North American premiere at the Toronto International Film Festival, Pain and Glory is a moving account of a once-successful director who finds himself stuck in professional and personal stasis. As Salvador Mallo, Banderas plays a character defined by deep pain, both physical and emotional. The former is charmingly represented early in the film by Almodóvar’s signature playful approach to film form (this time, experimenting with animation in a vibrant sequence that outlines all of Salvador’s ailments). But the more emotional experience of suffering paralyzes the character just as much as his aches and pains.

Shifting between past and present, Salvador’s mother Jacinta (played at different ages by Almodóvar regulars Penélope Cruz and Julieta Serrano) is configured from the outset as a primary, at times overwhelming, presence in Salvador’s life. Superbly flawed, she is at times compassionate, cruel, understanding and dismissive, all which leaves Salvador as both an adult and a child (the latter played by Asier Flores) struggling to comprehend his broader place in the world.

Retracing his steps through flashbacks triggered by encounters with key figures from his past – ex-lovers, ex-colleagues – and propelled by his casual yet clearly self-destructive turn towards heroin, Salvador is a man looking for answers to questions he is incapable of asking. Yet rather than ridicule or condemn him on one hand, nor beatify him on the other, in Pain and Glory Almodóvar and Banderas paint a portrait of a man in crisis through a shared understanding and acceptance of the volatility of human suffering, and how it can often manifest in unexpected ways.

With one of the most genuinely beautiful twist reveals of any film this year thus far, with Pain and Glory Almodóvar and Banderas remind us just how magical and enduring their professional relationship – past and, we can only hope, future – has been.