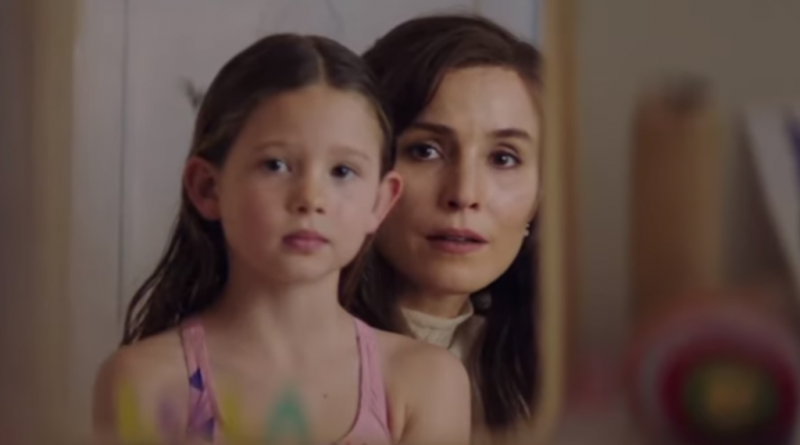 Moody and atmospheric, Kim Farrant’s Angel of Mine is part psychodrama, part thriller. Thanks to strong storytelling by Farrant and confidently convincing performances from stars Noomi Rapace and Yvonne Strahovski, it brings depth and nuance to its compelling tale of a woman convinced that her long-dead baby is actually alive and being raised by another family. 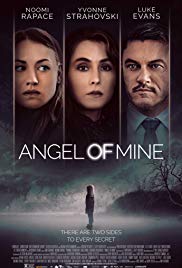 Lizzie (Rapace) has been suffering ever since her second child died as an infant; her marriage to Mike (Luke Evans) ended poorly, and she isn’t always present for their son, Thomas (Finn Little). Just when it seems that she might be on the upswing, Lizzie sees the sister of one of Thomas’ school friends and can’t shake the idea that little Lola (Annika Whiteley) is really her daughter. She makes the acquaintance of Lola’s mother, Claire (Strahovski), and starts finding ways to insinuate herself with their family, gradually becoming more consumed by her theory — and less able to hide her fixation on Lola.

Rapace is both eerie and sympathetic as a mourning mother who’s never found closure, and Strahovski is a natural as the initially friendly Claire, whose mama bear instincts go into overdrive when she identifies a threat to her family. (It’s fun to see her doing something in her native Aussie accent for once, too!)

The two stars play off each other well, and both imbue their characters with nuance and layers — all of which contributes to a climax with true emotional punch. In the hands of other filmmakers and actors, Angel of Mine might have ended up as a salacious The Hand That Rocks the Cradle-style pulp thriller. But instead, it becomes a thoughtful, suspenseful meditation on the impact of grief and doubt — and our ability to justify what we do in the name of love.- Betsy Bozdech

Sheila Roberts Angel of Mine exemplifies what happens when all the cinematic elements come together perfectly. This film will keep you on the edge of your seat from the moment it starts and will stay with you long after it ends. Read full review.

Susan Wloszczyna: Angel of Mine sets us up to expect a nightmarish conclusion, something that is a cross between Vertigo and Fatal Attraction. Except the object of desire is a child and her obsessed stalker is a grieving mother whose life fell apart after her baby daughter died in a hospital fire seven years ago. That director Kim Farrant and writers Luke Davies and David Regal actually deliver a surprise ending that crazily unfolds in a white-bread Melbourne suburb is one of their maternal thriller’s greatest strengths. Read full review.

Leslie Combemale Angel of Mine is not what it seems. Yes, it is a psychological thriller about a woman who is increasingly certain her child, thought dead for seven years, is living in someone else’s house. Yes, she does start stalking said kid. Director Kim Farrant and Noomi Rapace, who stars as Lizzy, the fragile, mourning mother, create more than just a taut, intense drama, they center it on what a woman who is grieving her child might do. What are the voices in her head telling her and why? What are the actions of those around her motivated by? Rapace’s fearless, raw performance draws viewers in, and as the character at once becomes more and more determined and has less and less success containing her emotional wreckage, borne of her grief, together, the whole audience will go down her rabbit hole with her. With performances full of nuance and intensity, Rapace and co-stars Yvonne Stahovski and Luke Evans ably transport us all to the shocking, exciting conclusion. Read interview with Kim Farrant.

Marilyn Ferdinand: Grief is the main subject of Australian-born, U.S.-based director Kim Farrant’s harrowing film Angel of Mine. Specifically, she focuses on Lizzie (Noomi Rapace), a divorced mother who is confronted with losing custody of her son to her ex-husband (Luke Evans), as her “darkness” over the loss of her infant daughter in a fire is still very strong and disruptive. When she thinks she sees her daughter, now a girl, at a party, she turns into a full-on stalker who tells the girl’s frightened parents that “she knows what she knows.” The masterfully written script by Luke Davies and David Regal gives Rapace, one of the most intense and emotionally vulnerable actors working today, a lot to work with in creating a character who is both very sympathetic and edgily scary. In fact, the entire cast, especially Evans, makes this character study that more than flirts with all-out horror, especially with its dirgelike score by Gabe Noel, an emotionally honest and satisfying experience. However, the film takes an unexpected turn at its melodramatic ending that might please some viewers, but it left me feeling that its mystical faith in instinct betrayed the film’s emotional truth.

Jennifer Merin In Angel of Mine, a stunning psychological thriller, Australian director Kim Farrant’s digs deep into the psyche of an emotionally distraught woman (Noomi Rapace) who believes she’s found her missing daughter — the infant who died in a fire at the hospital shortly after she was born. She becomes obsessed with the girl, who is part of a family who live nearby and whose son is a classmate of her own son’s, and begins to stalk her. Tension mounts as the plot progresses. The performances are barely contained explosions waiting to happen. The sound track is marvelous. In fact, every aspect of the masterfully crafted film is galvanizing. And the denouement comes as a complete surprise. This is a film that will provoke thought, engender debate and stick with you long after the credits roll.

Marina Antunes Noomi Rapace is often excellent in sub-par material but in Kim Farrant’s Angel of Mine,she finds material worthy of her talents, giving a powerful performance as a mother unable to move on after the tragic death of her baby daughter seven years prior. When she sees Lola, she is convinced the young girl is her baby and becomes obsessed with proving it, at which point Angel of Mine takes on the guise of a thriller; it’s a fascinating drama about loss and grief featuring outstanding performances from both Rapace and Yvonne Strahovski.

Liz Whittemore Angel of Mine excites audiences with emotionally chilling storytelling. It puts grief and mental illness in the forefront of a thriller. Performances from Noomi Rapace and Yvonne Strahovski keep you on the edge of your seat. The final act will shock you to your core. Kim Farrant has given us a breathtaking film that challenges the viewer’s concept of a mother’s love and protective instinct. Angel of Mine is divine filmmaking.

Cate Marquis Angel of Mine is a chilling psychological thriller with a different kind of stalker theme, and one that turns out to be more complicated than one might expect. Noomi Rapace plays a divorced woman who is struggling with being a responsible parent, leading her frustrated ex-husband to threaten to take full-custody of their pre-teen son. While she’s often distracted with her son, she obsesses constantly about the baby daughter she lost, who died in a hospital fire. At a birthday party for one of her son’s friends, she spots a little girl and quickly becomes convinced the girl is her daughter. Australian director Kim Farrant takes us on a harrowing journey, revealing dark details and heartbreaking ones about the past while keeping us on edge in the present, until the film’s dramatic conclusion. Noomi Rapace’s performance is multi-layered and masterful, building a complex portrait of a woman in pain, and reminding us about her impressive talent which first riveted audiences in the original Swedish Girl With The Dragon Tattoo. Rapace and director Farrant take us on a taut, tense psychological journey that goes to unexpected places.

Title: Angel of Mine