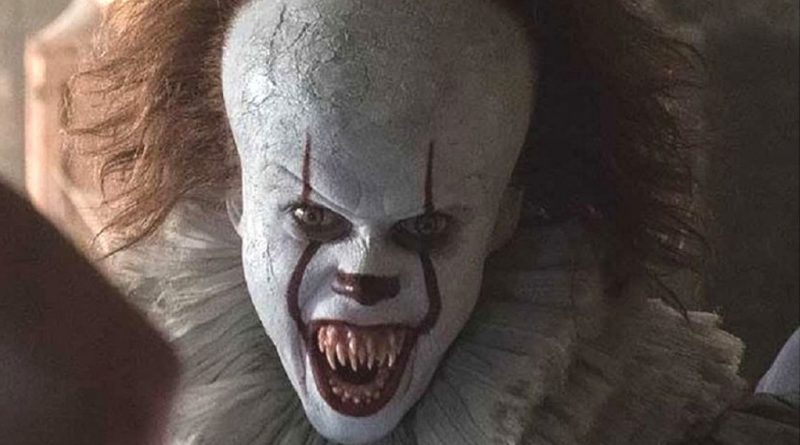 Picking up 27 years after his last appearance in Derry, Maine, the creepy, shape-shifting clown called Pennywise (Bill Skarsgard) is back. The first body he devours is the victim of a vicious hate-crime attack on a gay couple (Taylor Frey, Xavier Dolan) at a local carnival.

Although the surviving members of the Losers’ Club are still dealing with the effects of their childhood trauma, they’re adults who have gone their separate ways. But when obsessed Mike (Isiah Mustafa), who sleeps in the library’s attic, summons them home, they reunite to fulfill the blood oath they made to exact revenge on demonic Pennywise.

Hypochondriac motor-mouth Eddie (James Ransone) is a ‘risk analyst,’ nagged at by his mother-replacement wife. Stanley (Andy Bean) is a wealthy accountant. And fashion designer Beverly (Jessica Chastain), whose monstrous father beat her, is now abused by her jealous spouse.

When they meet at a Chinese restaurant, all their repressed memories come vividly flooding back in flashbacks which almost immediately feel redundant.

On the plus side, Mike has come up with a plot about how to eliminate menacing Pennywise; it’s an idea which involves their assembling tokens/personal artifacts for a Native American ritual.

Adapted from Stephen King’s 1998 horror novel by Gary Dauberman (Annabelle, The Nun) and again unevenly directed by Andy Muschietti, it’s an ensemble piece, filled with tonal vacillations and jump scares, dealing with arrested development and the aftereffects of a life-altering trauma.

On the Granger Movie Gauge of 1 to 10, It: Chapter Two is a savage, scary 7 – with no mid-or-post credits scenes.