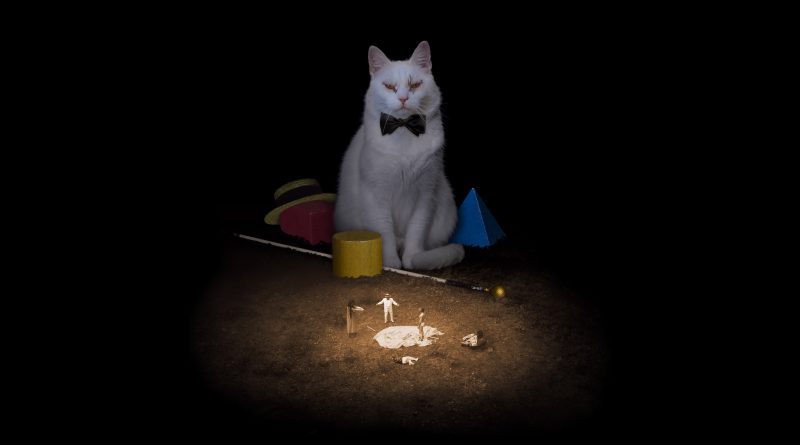 From even the most cursory viewing of Swedish filmmaker Johannes Nyholm’s extraordinary 2011 short Los Palmas – starring a one-year old girl playing a middle-aged vacationer at a Spanish resort amongst a cast that consists otherwise wholly of puppets – it was already clear that this was a filmmaker for whom rose-tinted visions of childhood were not likely going to feature heavily in his future filmography.

Like his 2016 feature debut The Giant, relationships between children and their parents are central to Koko-Di Koko-Da. Attempting a half-hearted camping vacation a few years after the sudden, shocking death of their daughter Maja (Katarina Jacobson) that opens the film, husband and wife Elin (Ylva Gallon) and Tobias (Leif Edlund) are far from an idyllic couple. Trauma still clearly marks both their relationship and the impact grief has had on their individual personalities: he’s almost too desperate to please her, and she’s angry at the world – especially him.

Elin and Tobias’s lives are full of petty bickering, of point scoring, and of feeble attempts to resolve arguments over nothing when it’s far too late. Even before Nyholm introduces the dark, fantastic twist to his film, this is a movie about two people seemingly already stuck in a loop dominated by negative emotions: guilt, fear and anger.

Rendering this loop more literal is the film’s central narrative conceit. Pulling over to pitch their tent in random woodlands to prove a minor point during one of many squabbles, Elin and Tobias find themselves trapped in a seemingly endless cycle where they are menaced time and time again by a strange group of three strange people (significantly reminiscent of the old-fashioned fairy tale characters that adorned the outside of Maja’s beloved antique music box).

Harkening back to Nyholm’s earlier work, Koko-Di Koko-Da features a notable inclusion of the same shadow puppetry-like animation that in style and content recalls his 2009 short Dreams from the Woods. Bringing back some of that short’s key characters, the filmmaker again has proven his strengths lie in merging form in a simultaneously dark and playful manner with a sharp thematic edge.

Although the recurring nightmare scenario that structures the film might suggest superficial parallels with films like the 1993 comedy Groundhog Day or the more recent (and surprisingly fabulous) horror movies Happy Death Day and Happy Death Day 2U, Koko-Di Koko-Da is very much its own beast. Unflinchingly original, Nyholm’s films are certainly an acquired taste and certainly not for everyone. But for those on its wavelength, the often-dark perversity of the fairy tale that dominates Koko-Di Koko-Da renders Nyholm’s vibrant, original film an unforgettably twisted and satisfying tale of love, hate and grief.